Aljazeera.com
Share on FacebookShare Share on TwitterTweet
Kiwi spinner becomes only the third bowler in Test cricket’s history to take all 10 wickets in an innings. 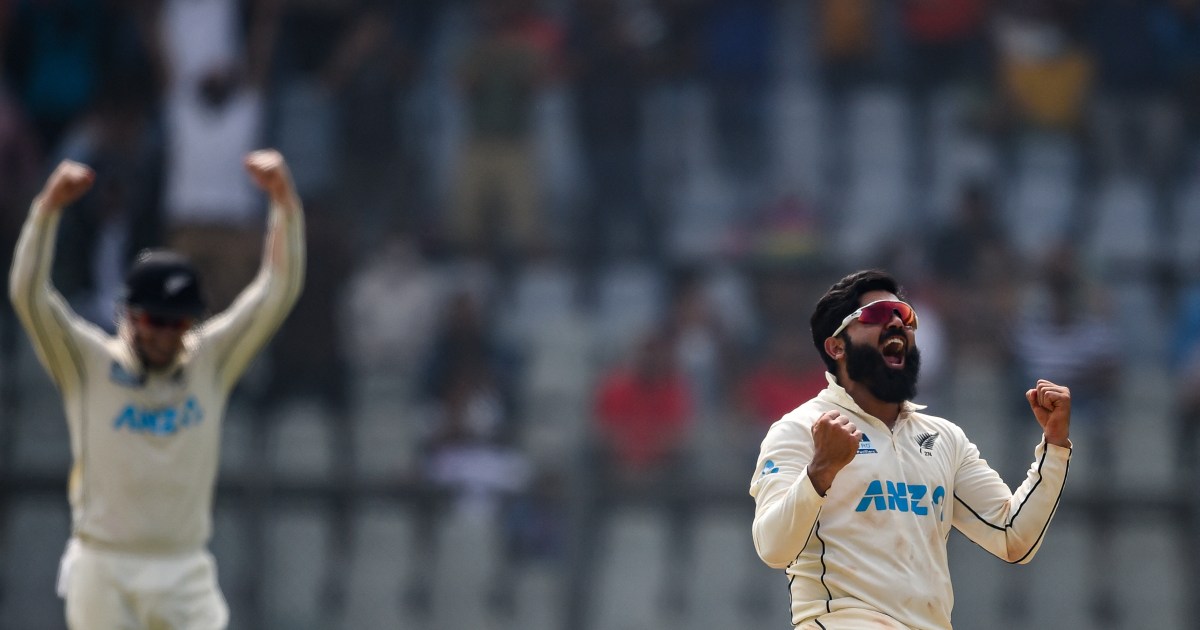 Kiwi spinner becomes only the third bowler in Test cricket’s history to take all 10 wickets in an innings.

New Zealand’s Mumbai-born spinner Ajaz Patel has claimed all 10 wickets in the second Test against India, becoming only the third bowler in cricket history to achieve the feat.

Patel, a left-arm spinner, added to his tally of four wickets on the opening day to return figures of 10 for 119 on Saturday as hosts India were all out for 325.

The 33-year-old Patel, whose parents emigrated to New Zealand in 1996, joined England off-spinner Jim Laker (in 1956 against Australia) and India leg-spinner Anil Kumble (in 1999 against Pakistan) in picking up all wickets in an innings.

Ajaz Patel gets 10 wickets, becomes the 3rd player in Tests to get all 10 after Jim Laker and Anil Kumble.

That historic moment. What a performance