The Australian Financial Review
Share on FacebookShare Share on TwitterTweet
The government has been further destabilised by calls from Liberal women to introduce mandatory alcohol and drug testing at Parliament. 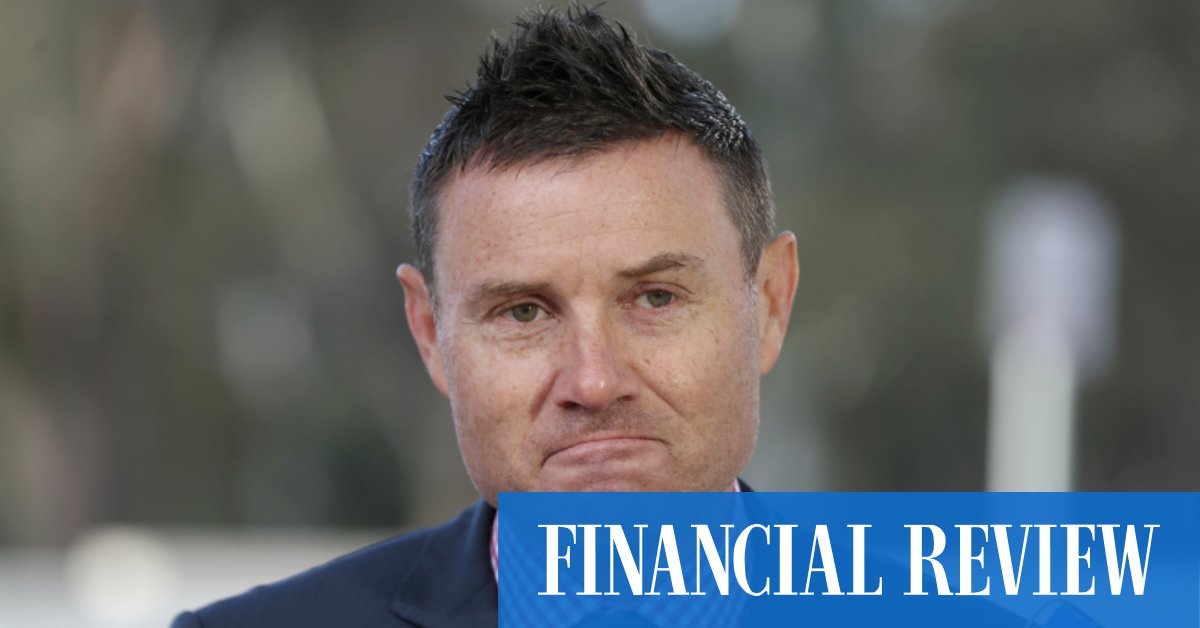 Dr Laming said on Sunday he would take health leave for a month and not recontest the next election after a Brisbane woman accused him of taking a mobile phone photo in 2019 of her bottom while her underwear was visible.

The Coalition government will avoid a messy byelection and is unlikely to be immediately thrown into minority government after Dr Laming said he would stay on as a backbencher until the election.

“Andrew Laming should go, he brings disrepute and disgrace to our national Parliament,” Mr Albanese said.

Mr Morrison, who has already lost his working majority due to the defection of Sydney MP Craig Kelly to the crossbench, is under fire over the treatment of women in his party and broader politics.

The Coalition has been marked down by voters in the polls.

It holds a slender 75 votes, plus speaker Tony Smith, in the 151-seat House of Representatives and must rely on the support of the cross-bench to pass legislation.

Mr Morrison is set to push the Queensland LNP to find a female candidate to succeed Dr Laming in the traditionally conservative seat of Bowman.

A government source said on Sunday that Mr Morrison intended to tap a senior Queensland woman in the LNP, such as cabinet minister Karen Andrews, to represent him in the preselection of Dr Laming’s replacement.

On Saturday, Mr Morrison said he was not a member of the Queensland LNP, implying he did not have the power to remove Dr Laming.

Mr Morrison last week offered qualified support for gender quotas in the Liberal Party, saying he was agnostic about the mechanism so long as it led to more female MPs.

I will get assistance with courses in empathy and appropriate communication, not just to be a better MP, but to be a deeper and more empathic person.

The next parliamentary sitting period is in May, giving Dr Laming time to return to fill a spot on the backbench. He has stood aside from other parliamentary duties, such as committees.

“Starting tomorrow, I will get assistance with courses in empathy and appropriate communication, not just to be a better MP, but to be a deeper and more empathic person than what the recent events have demonstrated,” Dr Laming said on Sunday.

It was the latest twist in the controversy, after Mr Morrison last week ordered Dr Laming to take a private counselling course to help him understand his actions.

Dr Laming apologised in Parliament on Thursday for allegedly harassing two other women from his electorate, before later saying on Facebook that he wasn’t really sure what he was apologising for.

Dr Laming holds the safe LNP seat of Bowman. He won the seat at the 2019 federal election with 60.2 per cent of the vote to Labor’s 39.8 per cent on a two-party-preferred basis.

A Liberal Party staffer was sacked last week after revelations that he and other gay Liberal male advisers masturbated on the vacant desks of female MPs in Parliament House and performed other lewd acts.

Mr Morrison is set to reshuffle his cabinet this week.

Attorney-General Christian Porter has been on health leave following allegations that he as a 17-year-old raped a 16-year-old girl at a debating tournament.

Defence Minister Linda Reynolds has stood aside for health reasons after she was criticised for the way she dealt with former staffer Brittany Higgins’ allegation that she was raped by a Liberal staffer in Senator Reynolds’ Canberra office.

Mr Morrison has signalled Mr Porter and Senator Reynolds will remain in cabinet but not in their current roles when he reshuffles his ministry.