Andrew Laming to leave politics as waves of controversies crash down

OUTinPerth
Share on FacebookShare Share on TwitterTweet
Andrew Laming has announced he will not contest the next election and will immediately step down from all of his parliamentary responsibilities. 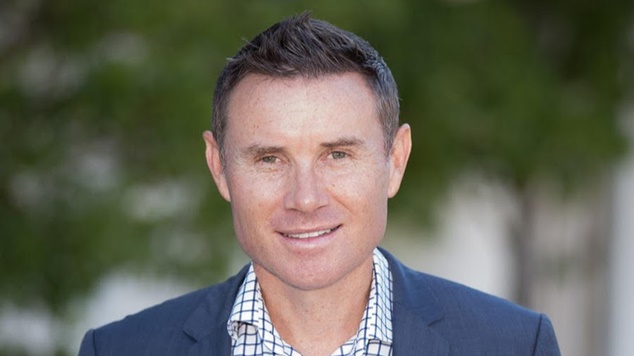 Federal Liberal MP Andrew Laming has announced he will not contest the next election and will immediately step down from all of his parliamentary responsibilities to seek clinical support and undertake sensitivity training ordered by the Prime Minister.

The Queenslander has faced a raft of accusations of inappropriate behaviour in recent days, including claims that the MP allegedly bullied and harassed female constituents, alongside accusations that he took an inappropriate photograph of a young woman bending over to reach into a fridge.

On Thursday Laming was reprimanded by Prime Minister Scott Morrison for inappropriate conduct.  Just hours before Channel Nine aired explosive claims from women in his electorate detailing alleged bullying behavior that was causing severe emotional distress, Laming entered the parliament and made an unreserved apology retracting the comments he’d publicly made.

The following day it was revealed that following his public apology, the MP had sent messages via Facebook mocking his own apology, saying he didn’t even know what he was actually apologising for. His message was followed by three facial expression emojis – which he would later claim were ‘unintentional pocket posting’.

Prime Minister Scott Morrison ordered the MP to undertake sensitivity training, but said he could not sack the wayward MP or oust him from the party – the decision on whether Laming should remain in the parliament was one for voters in his electorate.

Channel Nine followed up with another report that claimed two years ago the MP was forced to delete a photo off his phone when he was allegedly caught snapping an image of a young woman as she bent over to fill a refrigerator.  Young Brisbane mother Chrystal White said Laming has taken a photo of her bottom when her underwear was exposed as she filled the fringe in a Brisbane landscape supply business.

Colleague Sean Blanco told 9News that he has witnessed Laming snap the picture and had forced him to delete it from his phone. Later Blanco posted on the MP’s Facebook page saying, “Remember the time you took a photo of an employee bending over at a local landscaping yard? We had to force you to delete it before you left the store? We remember.”

Laming replied saying: “I do but it wasn’t meant to be rude – I thought it was funny but your reaction was awkward.”

By Saturday evening Laming had announced he’d be stepping away from his parliamentary duties to seek psychological support and undertake training to learn empathy – something he’d be paying for out of his own pocket.

On Sunday morning Coalition MP’s began to publicly voice their disgust with their colleague.  Appearing on the ABC’s Insiders program Sarah Henderson said there was “no excuse” for Laming’s bad behaviour, while Katie Allen described what he’d been doing as “completely outrageous”.

By late Sunday morning Laming had added ‘not running at the next election’ to his list of tasks.

“Starting tomorrow, I will get assistance with courses in empathy and appropriate communication, not just to be a better MP, but to be a deeper and more empathetic person than what the recent events have demonstrated,” Laming said in a statement on Sunday.

“The common thread of the past week has been not demonstrating anything close to understanding how my actions affect others. I intend to own those mistakes. I will also be obtaining clinical counselling, for a duration decided by others, but I will aim to complete it by the next parliamentary sitting.”

Treasurer Josh Frydenberg said that after a conversation with the Prime Minister, Laming had decided to leave politics at the next election.

“The Prime Minister spoke to Andrew yesterday and made it very clear what was expected of our MPs and Andrew has reflected on that conversation with the prime minister and … he has decided not to contest the next election,” Frydenberg told reporters.

Help support the publication of OUTinPerth by contributing to ourGoFundMe campaign.