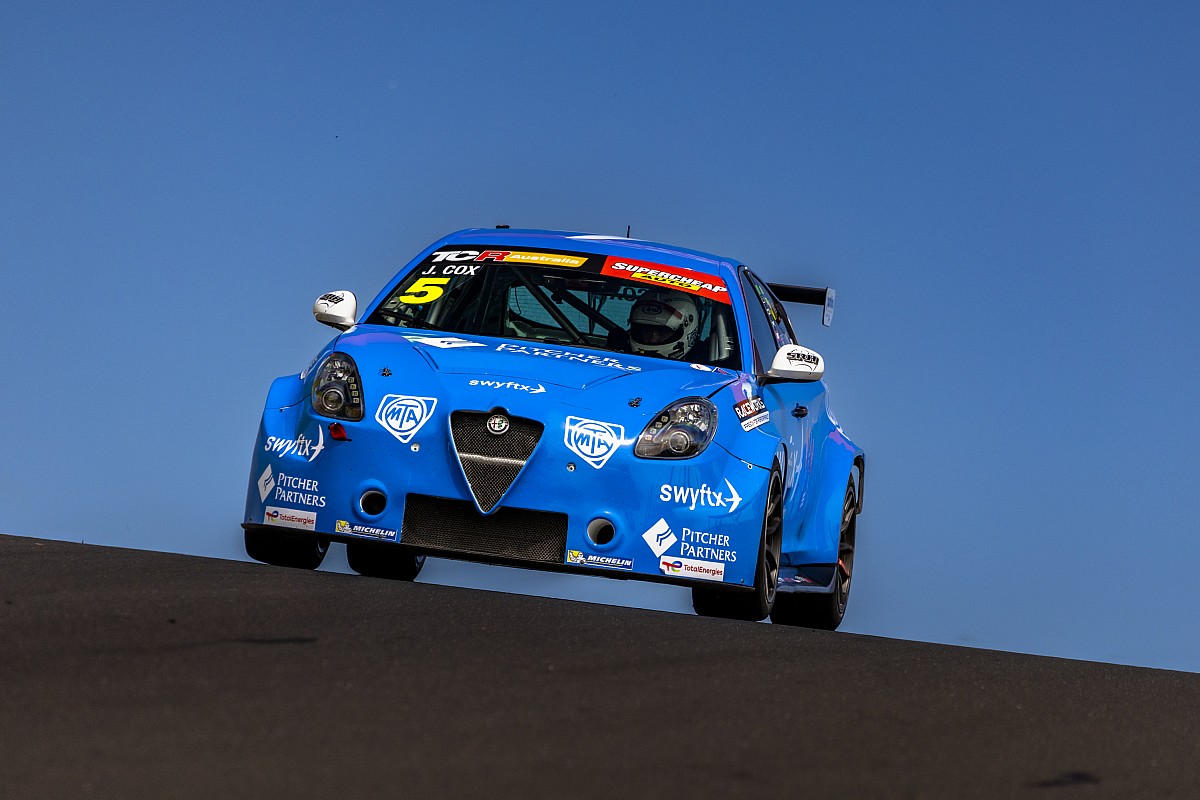 The race got off to an action-packed start, a slow getaway from front-row starter Luke King creating a traffic jam into Turn 1.

The Melbourne Performance Centre Audi driver did his best to hold his ground as he was swarmed by others cars, but his defensive efforts ultimately left him facing the wrong way.

Dylan O'Keeffe led for most of the first lap before his Garry Rogers Motorsport Renault snapped sideways at the Chase.

Shiels led until Lap 7 when he slowed with a technical issue, leaving Michael Caruso (GRM Alfa) in the lead. The former Supercars full-timer spent two laps at the front, before being overhauled by fellow GRM Alfa driver Cox.

Caruso quickly dropped back to third behind Race 1 winner Aaron Cameron (GRM Peugeot), before a tyre failure – one of many during the race – left him beached at The Chase on Lap 13.

That prompted a three-lap safety car which was followed a single-lap dash to the finish under green conditions.

Cox couldn't shake Cameron for that run to the finish but did have just enough to keep the Peugeot behind him by half a second.

The German had to start from the back of the field after missing Wednesday's action due to quarantine requirements after arriving in Australia.

But despite that, and the fact this was his first proper running in a TCR car since undertaking development work for Audi back inn 2015, he systematically worked his way through the field to end up fifth by the restart.

He then ducked under James Moffat (GRM Renault) at The Chase on the final lap to second fourth.

O'Keeffe, meanwhile, did get going again after his wild off at the Chase but retired after a tyre issue several laps later.

Reflecting on his Lap 1 excursion he said: "It was pretty wild. It was pretty nervous across the top. We went super aggressive with the set-up because the cars are so heavy. Into the Chase, with the more aggressive set-up, it just went..."

The Bathurst 400 concludes with a final race at 2pm local time tomorrow.