NEWS.com.au
Share on FacebookShare Share on TwitterTweet
Cryptocurrency has been battered in a brutal 24-hour period, with some coins recording falls as sharp as 20 per cent of their overall value. 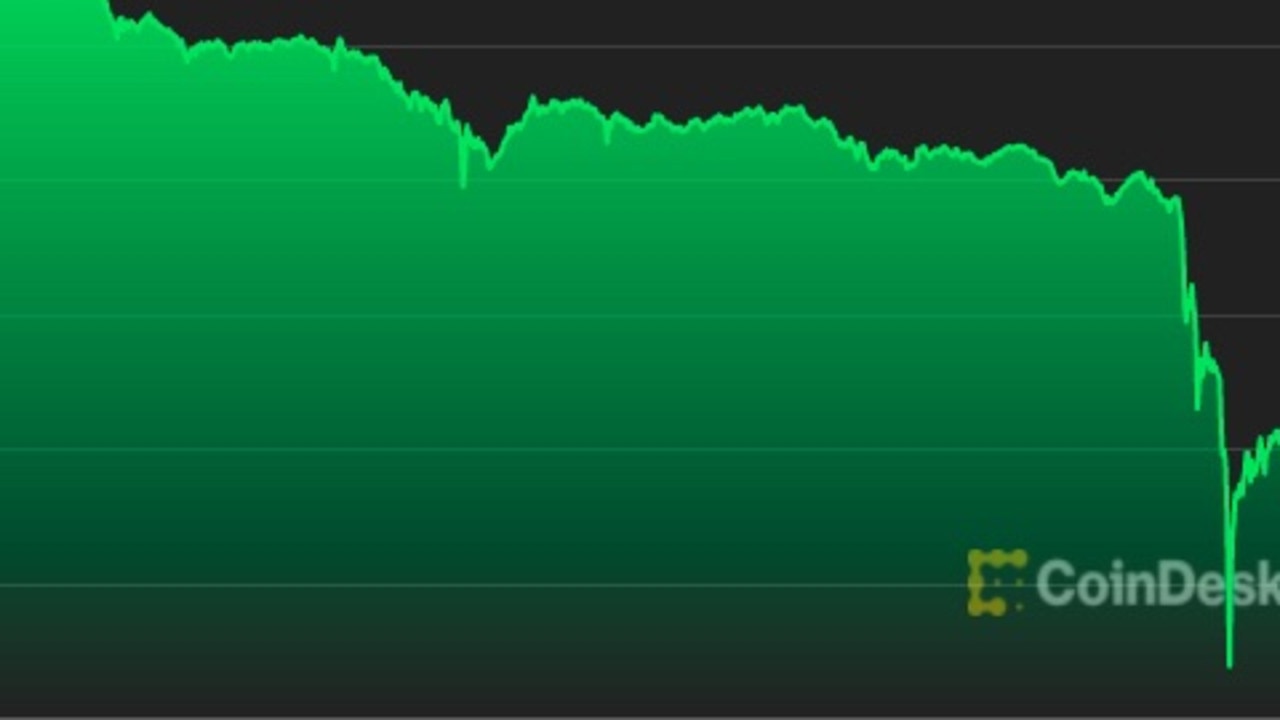 Cryptocurrency has been battered in a brutal 24-hour period, with bitcoin in particular suffering a $14,000 loss in the space of just 60 minutes.

Cryptocurrency has been battered in a brutal 24-hour period, with some coins recording falls as sharp as 20 per cent of their overall value.

On Friday AEDT, the overall market capitalisation of cryptocurrency was sitting at $3.7 trillion, but now the speculative coins are worth just $3.1 trillion all up. About $570 billion was wiped out in a single day.

Bitcoin, the number one cryptocurrency, is down by a whopping 16 per cent, shedding $$21,400 from its price since the day before, according to CoinDesk figures.

Several weeks ago, things were very different, as bitcoin surged to a new all-time high of $98,000. At its lowest point today it was on $60,000 per token.

Bitcoin isn’t the only crypto that’s been eviscerated in the past several hours. All the other major players including ethereum, Binance‘s BNB, solana, cardano and Ripple’s XRP have experienced drops of around 10 per cent.

And there’s a simple reason why — rumours are surfacing of impending greater regulations for crypto, prompting a mass global sell-off.

An economic forecaster has predicted that the crypto market is about to have its hands tied by red tape and, he reckons that bitcoins will soon only be worth $14,000 each.

Just before the weekend, well known investor Louis Navellier warned that the US central bank could start “tapering” crypto, which could ruin the market.

“The Fed is tapering, and this should create a correction in risk assets, of which bitcoin is a part,” Mr Navellier wrote.

“The more the Fed tapers, the more volatility we should see in both stocks and bonds — and yes, bitcoin, too.”

He added that he could see bitcoin dropping to nearly pre-pandemic levels in terms of price, and thought it could stay at that level.

“I would take a decline below $US46,000 (the 200-day moving average) to be a yellow flag and a decline below the spring low of $US28,500 to be a completed massive double top, which points to a decline to below $US10,000, which incidentally would match many of the multiple 80+ per cent declines in its storied history,” he wrote.

The news sent the market into free fall.

Bitcoin is now the lowest it has been since September.

However, some see this is as a temporary blip for bitcoin, with crypto enthusiast (and President of El Salvador) Nayib Bukele making the most of the opportunity.

He announced that he was going to “buy the dip” to add to his nation’s reserve. El Salvador was the first country to turn bitcoin into legal tender.

The crypto market is famously volatile and late last month, the Reserve Bank of Australia warned crypto investors they risked holding speculative assets with “niche” uses that could lose most of their value.

The RBA’s head of payments, Tony Richards, said the value of many cryptocurrencies had been driven by “fads and a fear of missing out” and could crash when central banks decide to assert control over their monetary systems.

“I think there are plausible scenarios where a range of factors could come together to significantly challenge the current fervour for cryptocurrencies, so that the current speculative demand could begin to reverse, and much of the price increases of recent years could be unwound,” he told the Australian Corporate Treasury Association in November.