Sporting News AU
Share on FacebookShare Share on TwitterTweet
North Queensland Cowboys coach Todd Payten has slammed his side's lack of effort, after they slumped to 0-3 to start the season after being thrashed by the Titans on Sunday night. 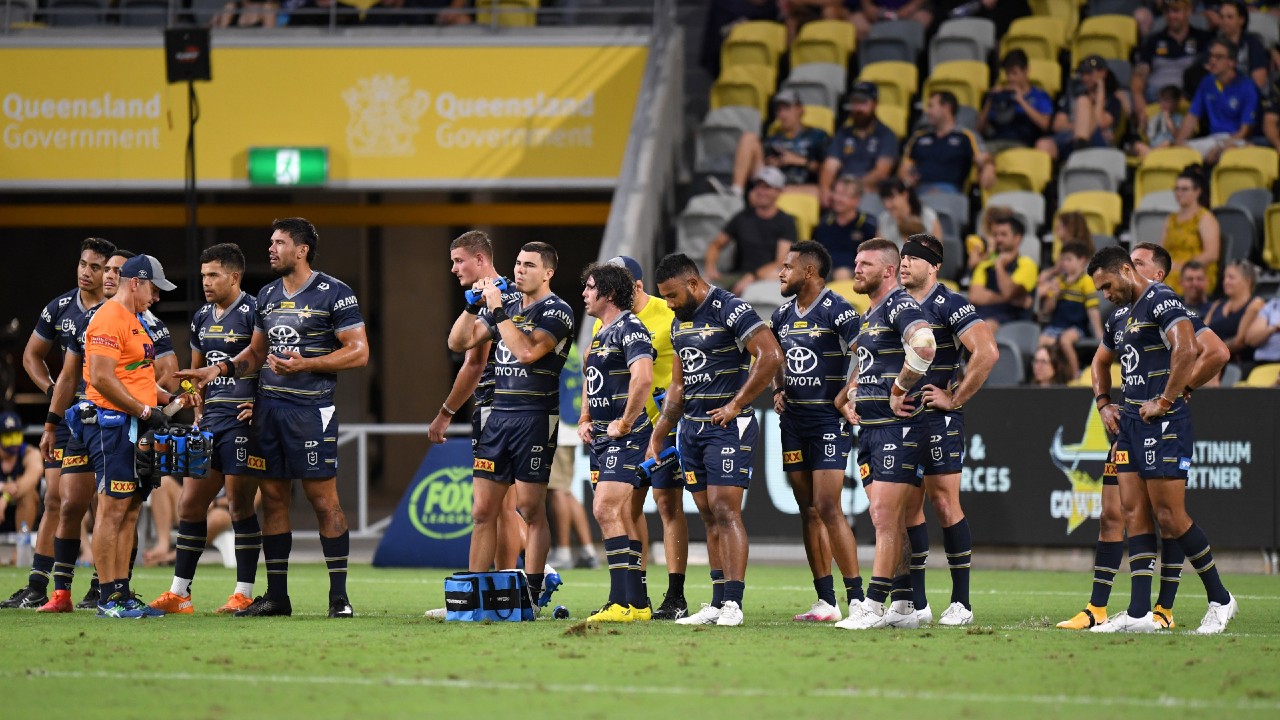 North Queensland Cowboys coach Todd Payten has slammed his side's lack of effort, after they slumped to 0-3 to start the season after being thrashed by the Titans on Sunday night.

The hosts were outclassed and out-enthused for the entire 80 minutes, as the Gold Coast ran away with a 44-8 victory at Queensland Country Bank Stadium.

David Fifita and Tino Fa'asuamaleaui continued to prove why they are worth their pricetags, as the Cowboys forwards struggled to compete with their opposing pack.

Speaking to the media after the game, Payten blamed the effort for the loss and also delved into the issues that are 'ingrained' in his roster after some poor seasons.

“I thought across the board we really lacked effort and drive. I don’t think we competed hard enough for long enough," he said.

"When things have gone against us, we haven’t handled it well at all and it leads to points down the far end of the field. We just lack the resilience at the moment.

“We missed far too many tackles. That puts pressure on the edge, so that’s a bit of a snowball effect. I don’t think it was our edge D that lost us the game, it was a lot of stuff before that.

“I think our behaviours have become learned over how many losing seasons. The good teams that have been at the top of the comp for a while now – you know who I’m talking about – when something goes against them, the first thought is about what’s important next. They keep going until they get the ball back.

"At the moment, we’re going inside our own head and not communicating with our teammate and it’s putting our team under pressure. It’s a behaviour that is ingrained in us at the moment.

“Across the board, our effort wasn’t good enough for NRL level."

Veteran forward Josh McGuire echoed the sentiments of his coach, labelling his side as soft.

“We just have a soft underbelly at the moment. We just have no steel under tough circumstances, we just fold," he told Fox League.

"It’s becoming embarrassing – there’s glimpses of some attacking footy there, but you just undo it all with poor effort.

"It’s been the same shit for three years, I’m over it. We’ve gotta fix it."

Payten hinted that he would swing the axe this week at the selection table, and refused to rule out the possibility of Michael Morgan returning despite reports on Sunday that he is considering retirement.

Valentine Holmes shifted to fullback against the Titans and looked dangerous, but Payten questioned his superstar's fitness levels to play in the No.1 jumper.

“I thought he had some good moments," he said.

"It’s a different workload than playing on the wing. At times I thought he looked tired, but he showed some really positive signs for the most part."

After three losses to start the season, the Cowboys will look to record their first victory under their new coach next weekend against the Sharks.