Hamilton: Red Bull pace "something else" in Saudi F1 qualifying

Autosport
Share on FacebookShare Share on TwitterTweet
Lewis Hamilton conceded the pace of Red Bull in qualifying for Formula 1’s Saudi Arabian Grand Prix was 'something else', even though he managed to pull off a crucial pole position.

The Mercedes driver had come into the weekend as the expected pace setter, but title rival Max Verstappen has proved to be a tougher challenge than expected with Red Bull bang on form.

Verstappen looked all set to grab the top spot as he was more than two-tenths up on Hamilton on his final qualifying lap, but threw it all away at the final corner.

He locked up on the entry to the final hairpin left hander, and then slid in to the wall on the exit as he tried to make amends for his error.

Hamilton was clearly delighted about holding on to the top spot, as he accepted that Mercedes had not had the pace needed in qualifying – despite the efforts he and teammate Valtteri Bottas had put in to perfect the setup.

“We've worked so hard through simulation, through setup, and the collaboration has been just epic with Valtteri,” he said. “He is the best teammate there's ever been in the sport for sure.

“And we've worked together to work on the set-up, getting the car to where it needs to be. Those guys were just so fast: that [Red] Bull around this track is something else.

“But given where we are, I'm grateful for what we managed to pull out with what we have.” 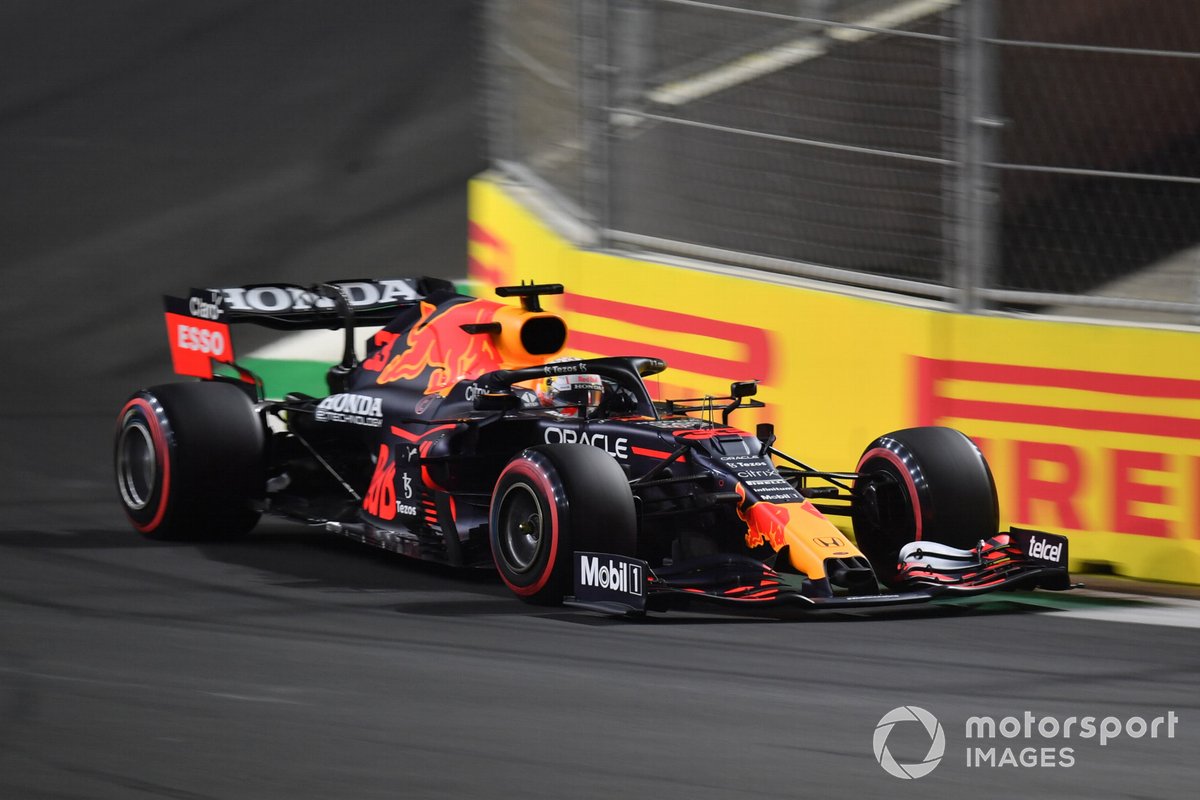 Hamilton reckoned the Mercedes had been more comfortable in Friday’s running, as the car did not feel as good during Saturday.

“We were quick through practice, but for some reason P3 and particularly qualifying, just lacking pace,” he said. “We were struggling with the tyres and so, for us, to get a 1-2, I'm really proud of Valtteri, and the guys, the men and women in our team who have just been working so hard. So yeah this is a great, great result.”

While Hamilton was able to come out on top in qualifying, he accepts that Red Bull could still pose a big threat in the race.

“We always get closer in race pace,” he said. “I think my long run was good yesterday but you know, they've [Red Bull] obviously picked something with the set-up and they're rapid today.

“So I anticipate it will be a close battle all the way through tomorrow. But Valtteri and I will be on it.”