Here's how to glimpse the full Worm Moon on Sunday

CTV News
Share on FacebookShare Share on TwitterTweet
Sky watchers will be treated to a glimpse of the Worm Moon, the first full moon of spring, on Sunday afternoon. 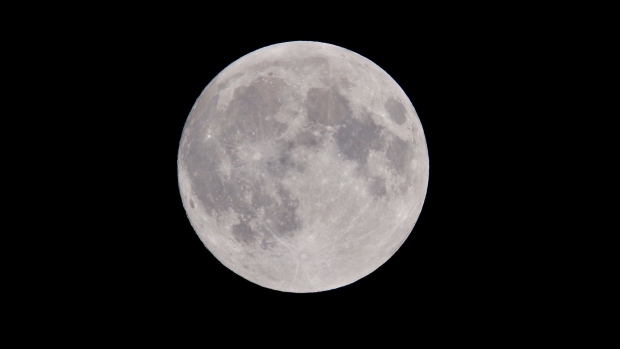 TORONTO -- March’s Worm Moon will form on Sunday afternoon when the moon appears opposite from the sun at 2:48 p.m. ET, and depending on your definition, it could even be considered a supermoon.

Because the peak of the full moon will be mid-afternoon for East Coasters, they will have a better chance to view the moon in the evening ataround 7:00 p.m. ET as it begins to rise. This is when it will be lowest on the horizon and appear the largest.

And if cloud cover prevents you from setting eyes on the full moon on Sunday, you will have more opportunities to gaze upon it because it will appear full for three days from March 27 to 29, according to a NASA press release.

Depending on who you ask, the Worm Moon is a supermoon. According to NASA, a supermoon is a moon that is within 90 per cent of its closest orbit to Earth. Full moons in April and May will be even closer to Earth than March’s, with May’s moon being closer than April’s by just .04 per cent, NASA said in a press release. Different experts have different thresholds for what is considered close enough to Earth to be considered a supermoon. Some experts and publications say 2021 will have four supermoons, while others say there will be only two, NASA said.

NASA said the Worm Moon goes by a few different names according to The Old Farmer’s Almanac. The almanac began publishing American Indigenous moon names in the 1930s, and the full moon in March is also called Crow, Crust, Sap, Sugar, or Worm Moon.

The name was dependent on where tribes were located. Tribes in northeastern states associated it with the return of the crows’ cawing. Northern tribes associated it with the snow taking on a crust as it would thaw in the warmth of the day and freeze in the cool night. Sap and Sugar Moon comes from the season of tapping maple trees for syrup. Southern tribes called it the Worm Moon because the thawing ground would reveal earthworm casts.

Stargazers are encouraged to listen for cawing crows, and look for crusted snow and earthworm casts while trying to catch a glimpse of the Worm Moon.