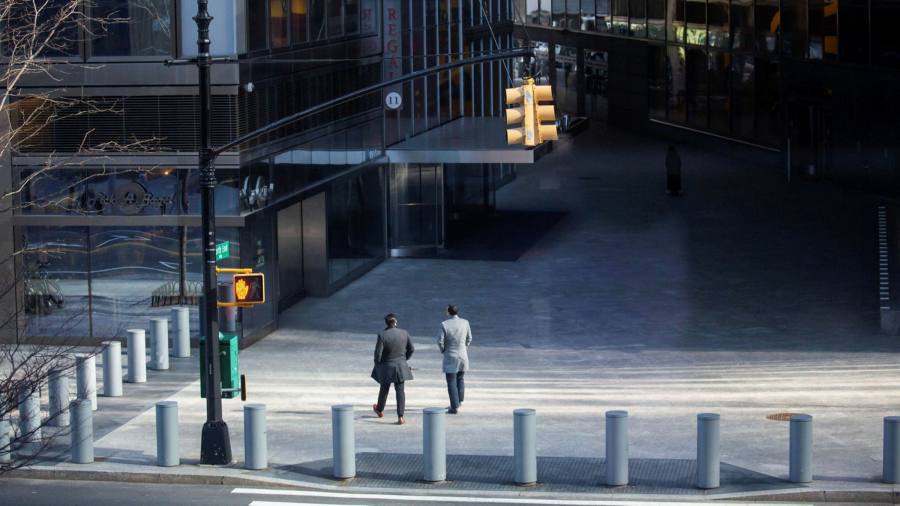 It was 9am on Monday and I was still there in my Sunday best: a long-sleeved T-shirt, joggers and slippers. The rest of the team began shuffling in. First came the admins, then the seniors, and finally the other juniors — the ones who had not spent their weekend on the 32nd floor.

Their reactions at finding me still at work were split between sympathy and amusement. But surprise was absent. All-nighters become routine when you work at an investment bank in New York. I was warned of this in career discussions, and shared that same warning with others.

But then the pandemic hit and junior investment bankers were sent home. We were confined to our basements, childhood bedrooms or kitchen tables shared with roommates. The long hours hadn’t changed, but the chances for establishing camaraderie with colleagues and networking with seniors were diminished. The environment in which we worked was now claustrophobic and depressing.

I can empathise, then, with the 13 junior Goldman Sachs analysts whose frustrations were aired first to management last month and then to the public. On average, the self-selected first years surveyed claimed to have worked 98 hours a week in January and gone to sleep at 3am. Asked whether their work hours negatively affected relationships with family or friends, not a single one answered “no”.

The Covid-19 pandemic has completely blurred the already indistinct lines between work and life for junior bankers. In banking speak, “out of pocket” means that you are offline and are not responding to emails because you’re living your life. The pandemic eliminated our ability to be out of pocket. Instead, we are always available.

This is not a Goldman-specific problem. Similar expectations of juniors persist across Wall Street, Hong Kong’s financial district and the City of London.

In fact, Goldman deserves more credit than many other US banks for its pursuit of employee satisfaction. One example is its “protected Saturday” policy, which aims to give junior bankers time off from Friday at 9pm until Sunday morning. This might sound trivial or alien to people in other industries, but it preserved my sanity. And Goldman at least provided the 13 analysts with a platform to voice their dissatisfaction.

“In this world of remote work, it feels like we have to be connected 24/7,” Goldman’s chief executive David Solomon told staff in a voice memo. “All of us — your colleagues, your managers, our divisional leaders — we see that . . . This is not easy, and we’re working hard to make it better.”

While these are small steps in the right direction, young aspirant bankers should be under no illusion that the culture will change fundamentally any time soon. (Although they might well question why this extreme and punishing mode of working became the norm in the first place.) Given it is no secret how hard the work will be, they should ask themselves instead if the job as advertised is worth the sacrifice.

My all-nighter took place in September 2018, during my third month at Goldman. To this day, the effort my team and I put into that transaction is my proudest professional accomplishment. Despite the stress and sleeplessness, I was able to complete tasks with a competency that I had spent years training for. More than that, I proved to myself that I could function and even excel in this fast paced, high stress environment. Call it a boot camp, but the experience would later open doors for me, and I was paid handsomely for my efforts.

My advice to those 13 analysts and to other junior bankers is to remember that your seat is rented. You have a choice every day: to quit or to carry on. You can tap out at any point you so choose — down the hall are thousands of people waiting for a seat to come free.