Digital Information World
Share on FacebookShare Share on TwitterTweet
The Assistant Memory is even said to be the greatest additions to Google Assistant ever.

Google over the years has progressed in ways that can’t be described in words. The features and updates this tech giant has come up for its users, is beyond and cannot be at all compared to other tech giant companies. For every little task, we know that we will find ease when completing it as Google has so many features available for its users. In 2016, Google came up with ‘Assistant’, which is developed to complete a number of tasks after the user says ‘OK Google’ or ‘Hey Google’ to wake the digital assistant up. It is specifically designed for users to have conversational interactions with and offers voice commands, voice searching and voice activated device control.

Now, it has been reported that Google is trying out something really cool and exciting about Google Assistant, and that is ‘Assistant Memory’. This is for sure to serve as a great smartphone app feature and the one that will be in use the most. The Assistant Memory is even said to be the greatest additions to Google Assistant ever. The whole concept behind Memory is aimed towards Google Assistant doing everything for you, from to-do list, Pocket-like reading list, Pinterest-style collection board and what not. It can save articles, books, flights images, music, movies, photos, places, recipes, restaurants, screenshots TV shows, websites and reminders! Did you just get a head rush? Basically it can do anything.

We all know about the lack of good experience users got with setting up reminders on Google Assistant. It is easy to set a reminder through Google Assistant but when it comes in terms of functionality, it becomes a pretty basic one, however with this new addition of Memory to Google Assistant, things are for sure changing! As per reports, Memory even offers quick filtering options like ‘Important’ or ‘Read later’, the items that get added to Memory will have their very own shortcuts. For example, tracking a package or watching a trailer for a movie will have their own shortcuts for you to view easily. The Google Calendar reminders will now be saved into Google Assistant Memory. The Memory will showcase everything that is important to the user, by the looks of the screenshots of Memory that have been released, it seems as there has been a massive improvement and Google has truly outdone itself with this feature. This new addition to Google Assistant will for sure change the game.

The feature was first spotted by 9to5Google who also stated that the feature is at the moment in testing phase which means that it is not available to the users yet and certain features might get changed after testing, but when released, it will certainly be one of the best and exciting features that Google has ever released and developed. 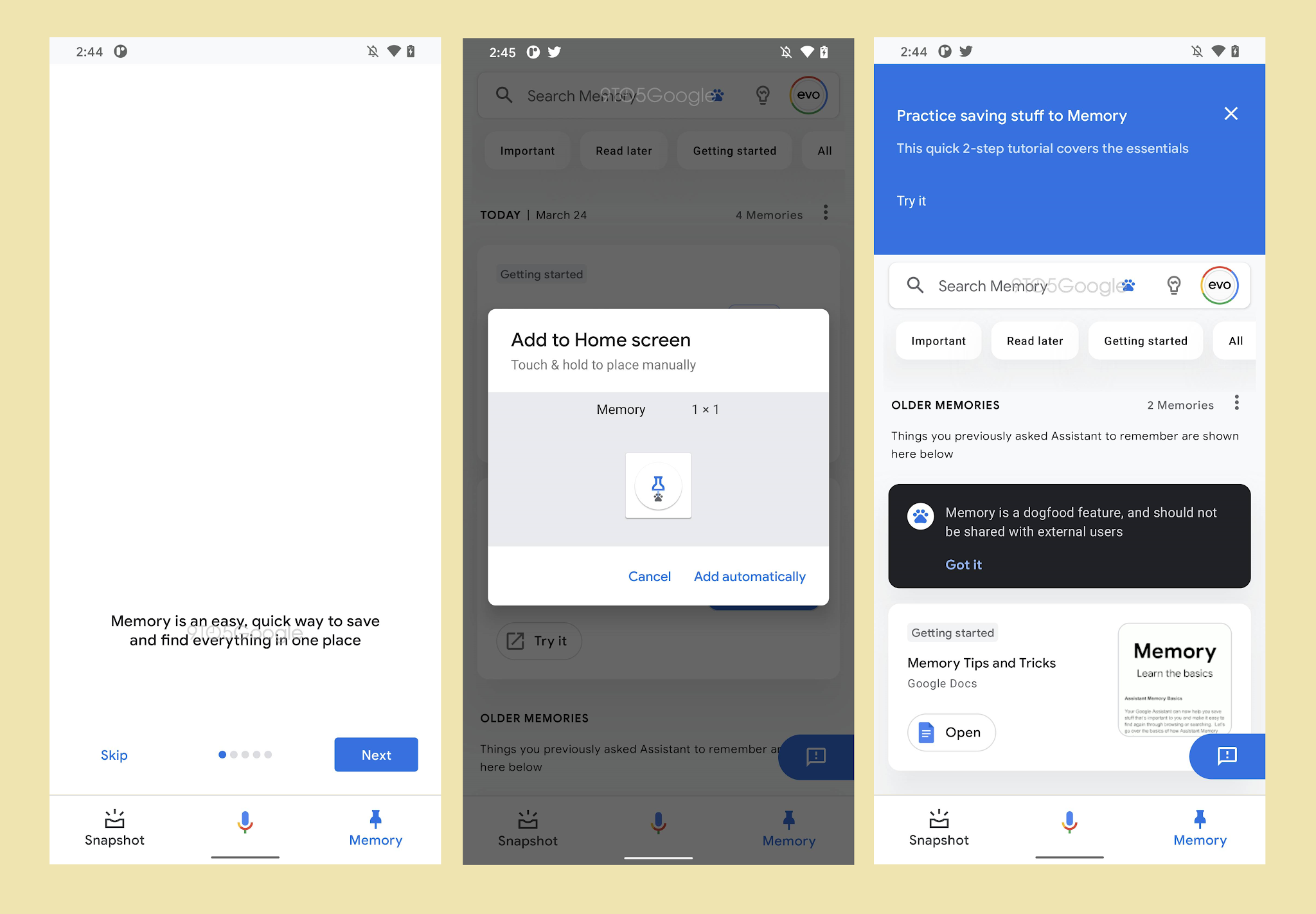