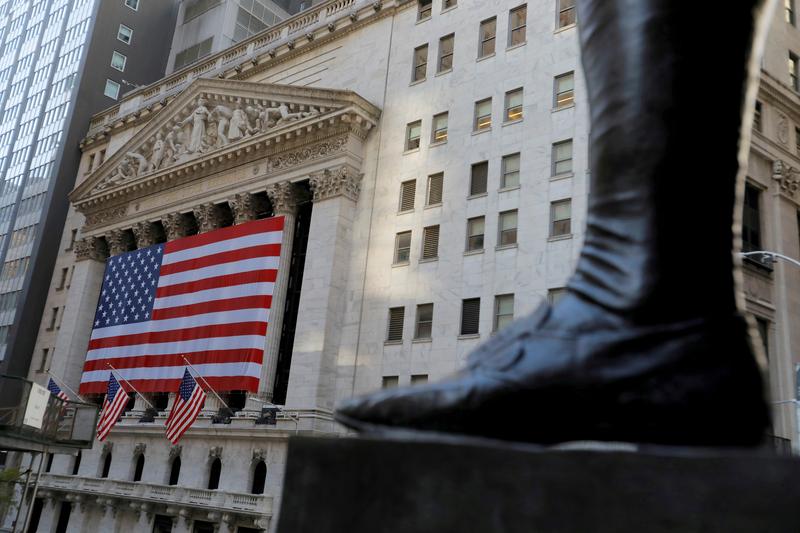 U.S. Treasury yields pulled back after rising for six straight sessions, giving a boost to rate-sensitive defensive sectors such as utilities and real estate, while economically sensitive cyclical sectors lagged.

Wall Street’s main indexes had hit record highs last week on expectations for a hefty COVID-19 relief package even as an attack on Capitol Hill ramped up political uncertainty.

But a day before details of incoming President Joe Biden’s fiscal relief plan was due to be announced, investors appeared to pull to the sidelines.

“Investors have been for some time looking to the second half of 2021. They continue to hope for a real reopening,” said Mona Mahajan, U.S. Investment Strategist, Allianz Global Investors, New York.

Referring to the Treasury yield decline, Mahajan said: “A day like today is probably natural after a long run. Some of the laggard (stock sectors) are leading.”

As U.S. House of Representatives gathered to consider a second impeachment for Trump after the Capitol invasion by his supporters which left five dead, some investors were watching to see whether impeachment could delay stimulus or other parts of in-coming President Joe Biden’s agenda.

“The headlines coming in are causing some near term jitters but it looks like investors are looking past that to the rest of the year,” said Shawn Cruz, senior market strategist at TD Ameritrade in Jersey City, New Jersey.

While utilities and real estate lead percentage gains among the 11 major S&P sectors during the session the biggest losers were the more economically sensitive sectors such as materials and industrials.

“Investors are in wait-and-see mode for now ... if you’re moving to the sidelines you probably might want to be moving out of cyclicals,” said Cruz.

The S&P had expanded its gains temporarily in the late afternoon before losing ground again after the Federal Reserve released its “Beige Book” report which showed U.S. economic activity increasing modestly in recent weeks as employment dropped in a growing number of Fed districts due to a surge in coronavirus infections.

Most of the 11 major S&P sectors gained ground. After boasting a record closing high in the previous day’s session, the Russell 2000 pulled back slightly and the S&P growth index outperformed the value index.

Earnings reports from big U.S. banks including JPMorgan and Citigroup were also on investors minds as they will mark the unofficial start to the fourth-quarter earnings season on Friday.

Regeneron Pharmaceuticals Inc’s shares climbed as the U.S. government said it would buy 1.25 million additional doses of its COVID-19 antibody cocktail for about $2.63 billion. Shares of VMware fell after the Intel news.