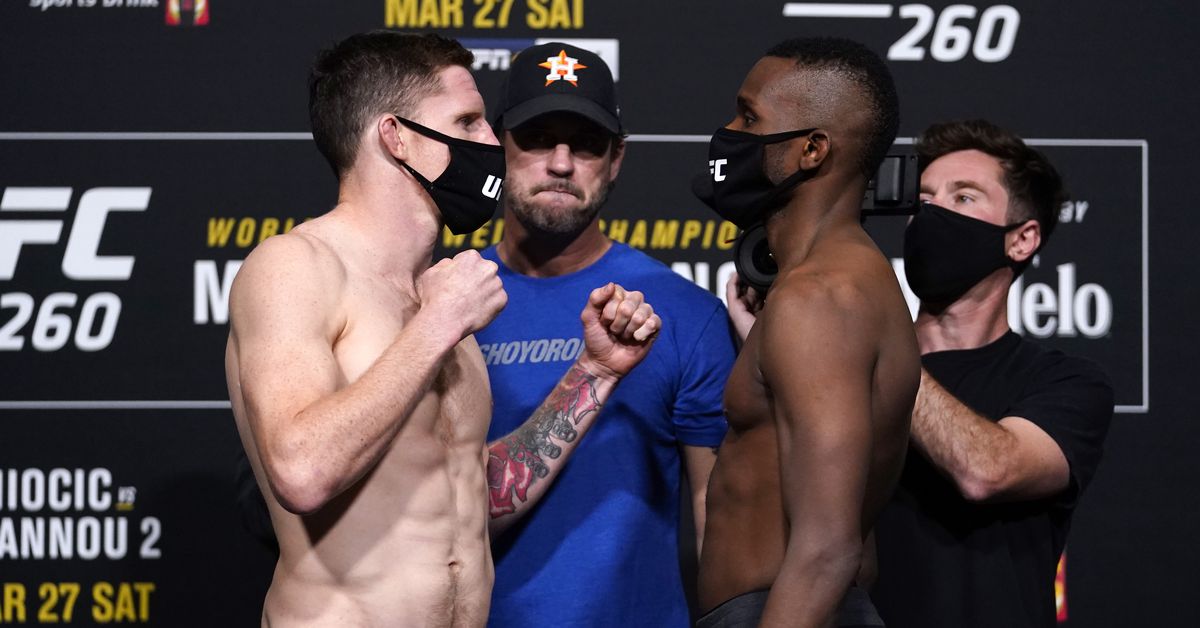 This is the UFC 260 live blog for Jamie Mullarkey vs. Khama Worthy, a lightweight main card bout on Saturday’s fight card at UFC APEX in Las Vegas.

The lightweights arrive at the bout after losses in their most recent outings. Australia native Mullarkey remains winless in the octagon after a pair of decision setbacks in bouts against Brad Riddell and Fares Ziam, respectively. Prior to signing with the UFC, he was on a four-fight winning streak on the international circuit. But he has yet to find his footing.

Worthy, meanwhile, was well on his way to a big fight after stopping his first two opponents – Devonte Smith and Luis Pena – in short order. Then he ran into Ottman Azaitar and was stopped 93 seconds into the meeting this past September.

Worthy’s early work ensures he’s likely to get a couple more chances to make things work. For Mullarkey, the same might not be said.

Check out the UFC 260 live blog below.