MMA Fighting
Share on FacebookShare Share on TwitterTweet
Jamie Mullarkey got a much needed win to kick off the UFC 260 main card with a quick combination that left Khama Worthy face down on the canvas in the first round. 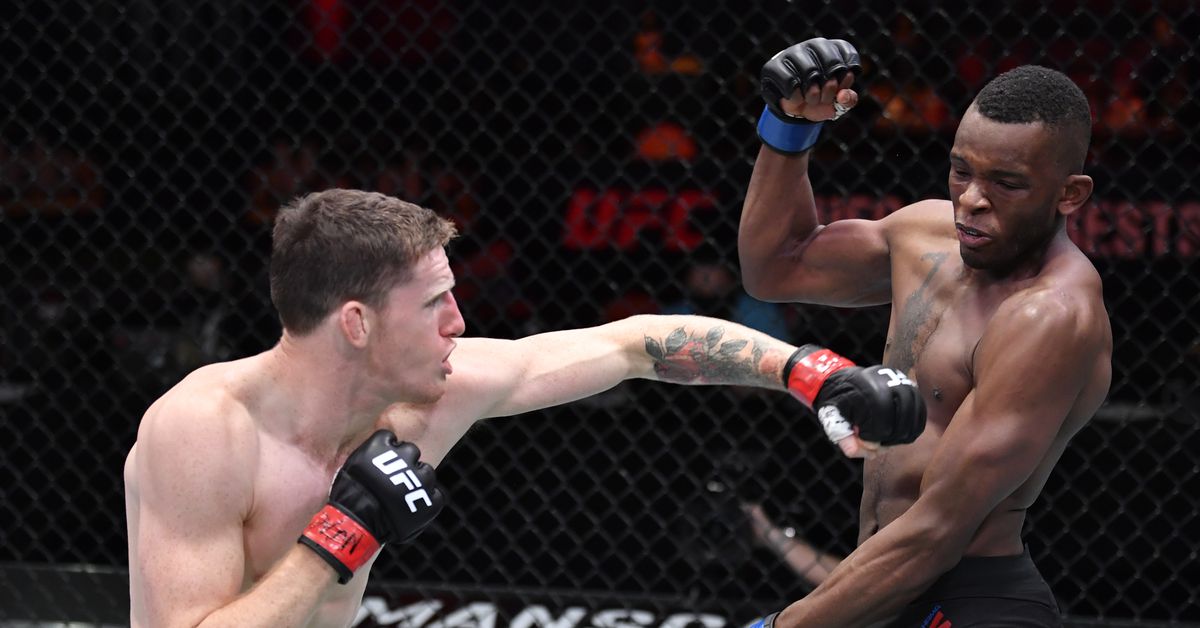 Jamie Mullarkey may have been in a must-win situation going into UFC 260 and the Australian fighter absolutely delivered.

After suffering losses in his first two fights inside the octagon, Mullarkey came back with a vengeance on Saturday night after cracking opponent Khama Worthy with a nasty left hand that sent the Pittsburgh native crashing face first down to the canvas. Mullarkey followed up his initial punch with more strikes but that was only until the referee could rush into stop the contest with the end coming at just 46 seconds into the opening round.

“It feels unbelievable,” Mullarkey said about his first UFC win. “We worked so hard for this fight. I’m glad I just got to showcase my skills. It just wasn’t meant to be the last time.

“I’m glad I had an opponent that would come and fight me. He brought the best out of me tonight.”

Both fighters were throwing heavy leather early but Mullarkey was setting up his combinations with a little more precision while also using feints to lead Worthy into his punches.

That’s exactly how the knockout shot landed after Mullarkey threw a short right hook and then came back over the top with the left hand that clipped Worthy’s jaw, left him wobbled and then falling down to the ground.

It was an impressive showing for Mullarkey after back-to-back decision losses to start his UFC career and now he’ll look to build some momentum off this highlight reel knockout win.