What the heck is going on with Kamala Harris?

CNN
Share on FacebookShare Share on TwitterTweet
In the space of the last two weeks, Vice President Kamala Harris has lost two of her senior aides. 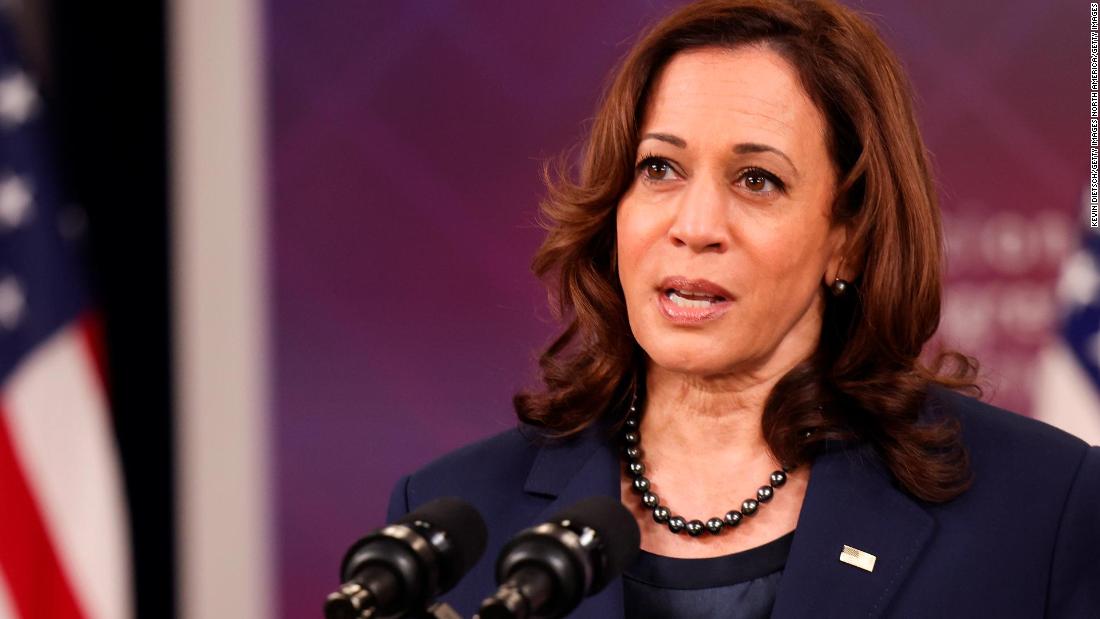 First, just before Thanksgiving, news broke that Ashley Etienne, Harris' communications director, would be leaving the vice president's office. Then, on Wednesday night, CNN reported that Symone Sanders, Harris' chief spokesperson and a senior adviser, is also headed out the door.
Harris allies quickly moved to explain both of these departures away as long-planned and not part of any sort of problem within the Veep's office.
"It's natural for staffers who've thrown their heart and soul into a job to be ready to move on after a few years," said White House press secretary Jen Psaki of Sanders' departure on Thursday.
If you believe that, well, you haven't been paying attention. Top advisers to a vice president don't just randomly leave less than a year into a term. One departure might be explained away by extenuating circumstances. Two? No way.
The decisions by Etienne and Sanders to head for the exits then raises a simple question: What is happening in Harris world?
While the question is simple, the answer -- or answers -- are not.
.duval-3{width:100%;position: relative; border: 1px solid #979797; border-left: none; border-right: none;padding: 20px 0; box-sizing: border-box; -webkit-box-sizing: border-box; -moz-box-sizing: border-box; margin: 0 0 20px 0; max-width: 660px;} .duval-3 a{color: #1a1a1a; text-decoration: none;font-size: 0;} .duval-3 a:hover { color: #d9d9d9; text-decoration: underline; -moz-text-decoration-color: #d9d9d9; text-decoration-color: #d9d9d9; } .duval-3>a>*{vertical-align: top; display: inline-block;} .duval-3>a>div{display: inline-block; font-size:1.0666667rem;width: 80%; padding-top: 0px; padding-left: 2%;} .duval-3>a>img{width: 18%; height: auto;} @media screen and (max-width:640px){ .duval-3>a>*{display:block; margin: auto;} .duval-3>a>div{width: 100%;} .duval-3>a>img{width: 50%;} }
There are those who dispute even the premise of the question, insisting that Harris is being judged by an unfair standard because of her history-making status as the first woman, first African American and first Asian American to hold the vice presidency.
But, staff departures at such a senior level this soon into a term would provoke questions no matter who was in the vice president's office because, well, they are odd and not typical.
So, again, what is going on?
We have some window into that via reporting by my CNN colleagues Edward Isaac Dovere and Jasmine Wright last month. Wrote the duo:
"Worn out by what they see as entrenched dysfunction and lack of focus, key West Wing aides have largely thrown up their hands at Vice President Kamala Harris and her staff -- deciding there simply isn't time to deal with them right now, especially at a moment when President Joe Biden faces quickly multiplying legislative and political concerns.
"The exasperation runs both ways. Interviews with nearly three dozen former and current Harris aides, administration officials, Democratic operatives, donors and outside advisers -- who spoke extensively to CNN -- reveal a complex reality inside the White House. Many in the vice president's circle fume that she's not being adequately prepared or positioned, and instead is being sidelined. The vice president herself has told several confidants she feels constrained in what she's able to do politically. And those around her remain wary of even hinting at future political ambitions, with Biden's team highly attuned to signs of disloyalty, particularly from the vice president."
When a politician is feeling stress or believes they are being misused, they almost always exert pressure downstream of them -- on their staffs. And, reports of issues within Harris' staff are nothing new.
As far back as July, Politico reported that Harris' staff was "experiencing low morale, porous lines of communication and diminished trust among aides and senior officials." (The publication laid much of the blame for those problems at the feet of Harris' chief of staff, Tina Flournoy.)
And, Harris struggling with retaining staff is, well, not a new thing.
"I didn't cover her closely in Sacramento, but I know she did churn through staff," said Mark Z. Barabak, a veteran Los Angeles Times political reporter, of Harris' time as California attorney general. "Especially in the communications end of operation."
(Worth noting: The California Department of Justice paid $1.1 million in settlements to former Harris staffers in the AG's office to settle allegations of sexual harassment and retaliation during her time in office. A Harris spokesman said in 2019 -- when the settlements were revealed -- that Harris did not know about them. "As the chief executive of a department of nearly 5,000 employees, the buck stopped with me," Harris said in a statement at the time. "No one should face harassment or intimidation in the workplace, and victims of sexual misconduct should be listened to, believed and protected.")
Barabak has his own theory of why Harris has struggled so mightily: It's part of the job.
"Even as she shoulders an array of policy portfolios, even as she visits Paris this week seeking to address the administration's ruptured relations with France, it remains a fact that the No. 2 job in the White House is inherently a diminishing one," he wrote in a mid-November. Later, in the same piece, he added this:
"Virtually every vice president in modern history -- save Dick Cheney, who played an unusually prominent role guiding defense and foreign policy under President George W. Bush -- has looked smaller than when he or she accepted the position.
"That's because a main job requirement is stepping away from the spotlight, except when cheerleading for the president and his agenda."
Regardless of the reason, Harris is not anywhere near where she and her team hoped to be as she finishes up her first year as vice president. And, things, at least at the moment, appear to be getting worse not better.
Similar news
This week's most popular news
Topics of the week
Meatloaf singer Medvedev January 26 Ash Barty UFC Nadal Grace Tame BBL Felix Auger-Aliassime Monfils
Hot topics