Sporting News AU
Share on FacebookShare Share on TwitterTweet
It was meant to be a fairytale day for Mitchell Pearce and the Newcastle Knights - but unfortunately, it was anything but a dream result. 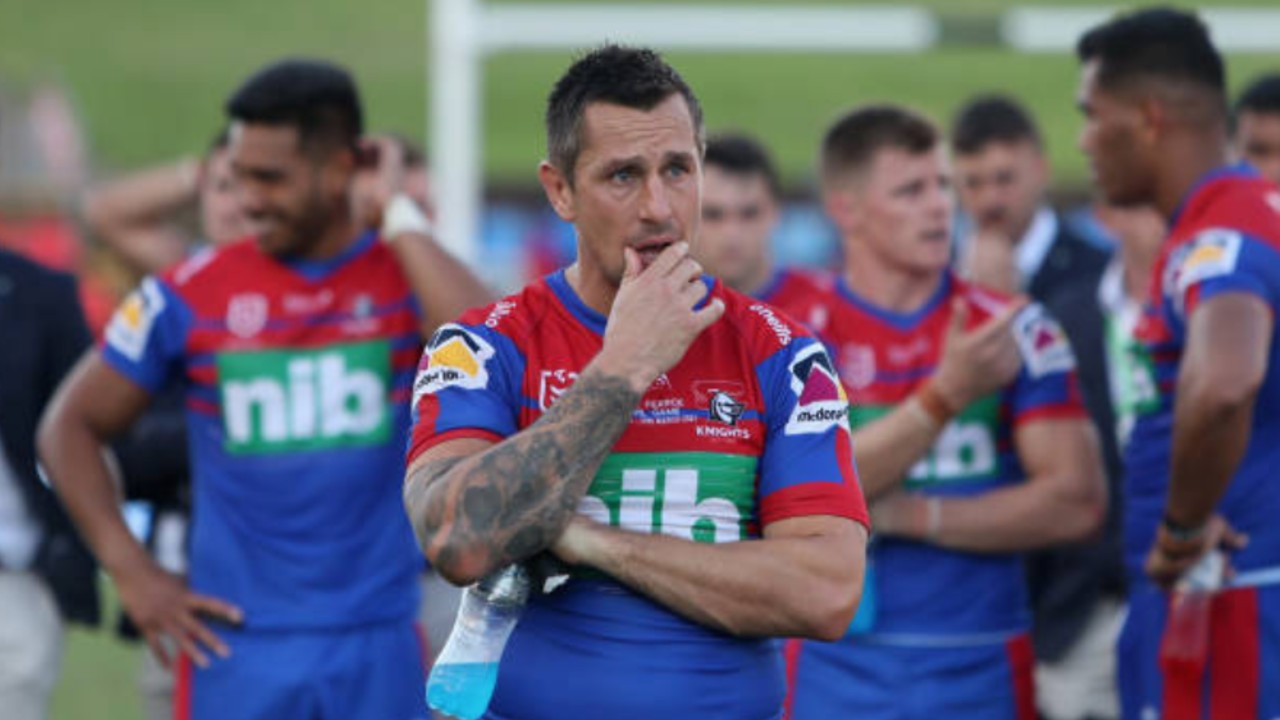 It was meant to be a fairytale day for Mitchell Pearce and the Newcastle Knights - but unfortunately, it was anything but a dream result.

Playing his 300th NRL game, Pearce led out the Knights in front of a packed McDonald Jones Stadium against the Wests Tigers, with his side the heavy favourites.

But it was a resurgent Tigers that spoiled the party, running out 24-20 victors after a late try from David Nofoaluma.

It was a disappointing result for Newcastle, who have struggled with consistency during recent seasons, and head coach Adam O'Brien admitted his frustration post-game.

“It’s frustrating...it was an important occasion for us," he said.

"We desperately wanted to make this a memorable day for Mitchell, and I’m sure it still is for him. Obviously you want to get the win at the end of it. It was important, so there are some disappointed guys down there.

"The start of our sets, our errors – I think it was up around 17 errors or something like that. The first two weeks we haven’t had any of that, and unfortunately tonight we had some individuals that had some concentration errors.

"When we managed to get into a bit of a groove, we could clearly see we were getting some joy. We just weren’t prepared to stay there tonight."

O'Brien's side were ravaged by injury heading into the clash, with Bradman Best and Starford To'a both late omissions.

On top of that, the Knights were already missing superstar fullback Kalyn Ponga.

It saw the likes of Dominic Young and Gehamat Shibasaki come into the lineup, and both players had some forgettable moments.

“There’s some young guys there let’s be honest. I don’t like giving them an out, but they are young men and they are learning their craft," O'Brien said.

"I’m a young coach and they are young players – we’ve got six guys missing. I don’t like talking about that – if you take six out of any side in the competition, it’s gonna hurt and it’s gonna have an affect.

"We’ve had two really good games from those young guys, and there was always gonna be a game that they turn up and they’re not at their best.

“Some young blokes there will learn some valuable lessons."

Despite the loss in his milestone game, Pearce remained grateful and thanked the NRL and his club for their support during the week.

“I’m more disappointed that we lost and the way we lost. 17 errors is not good enough. We got ourselves back into the game with some really good footy, and then the errors cost us the game again," he said.

“I’m grateful for everything. I came out in the players’ room there and even my local mates and close family and friends all turned up.

“I’m so grateful and thankful for the NRL for supporting me this week. The club has been really supportive and from the boys to the staff, it has been a really nice week and I really appreciate it.

“I just tried to enjoy it. My mind was clearly on the game, but it was nice to run out and see my mum and dad and my sisters."