The third practice session of a MotoGP weekend often features a battle to get into the top 10 on combined times to secure a place in the pole shootout session in qualifying.

But the baking hot conditions of the Saturday afternoon session in Qatar meant improvements on the combined order were non-existent.

This was good news for Friday pacesetter Jack Miller, who crashed his Ducati at Turn 15 right at the start of FP3.

Petronas SRT’s Franco Morbidelli – who Miller claimed on Friday is the favourite for victory – took over from Martin with a 1m55.625s, beginning Yamaha’s ownership of top spot for the rest of FP3.

Maverick Vinales on the factory M1 edged ahead with a 1m55.461s as he did his work on the hard/hard tyre combination – likewise Morbidelli and the sister works team Yamaha of Fabio Quartararo. 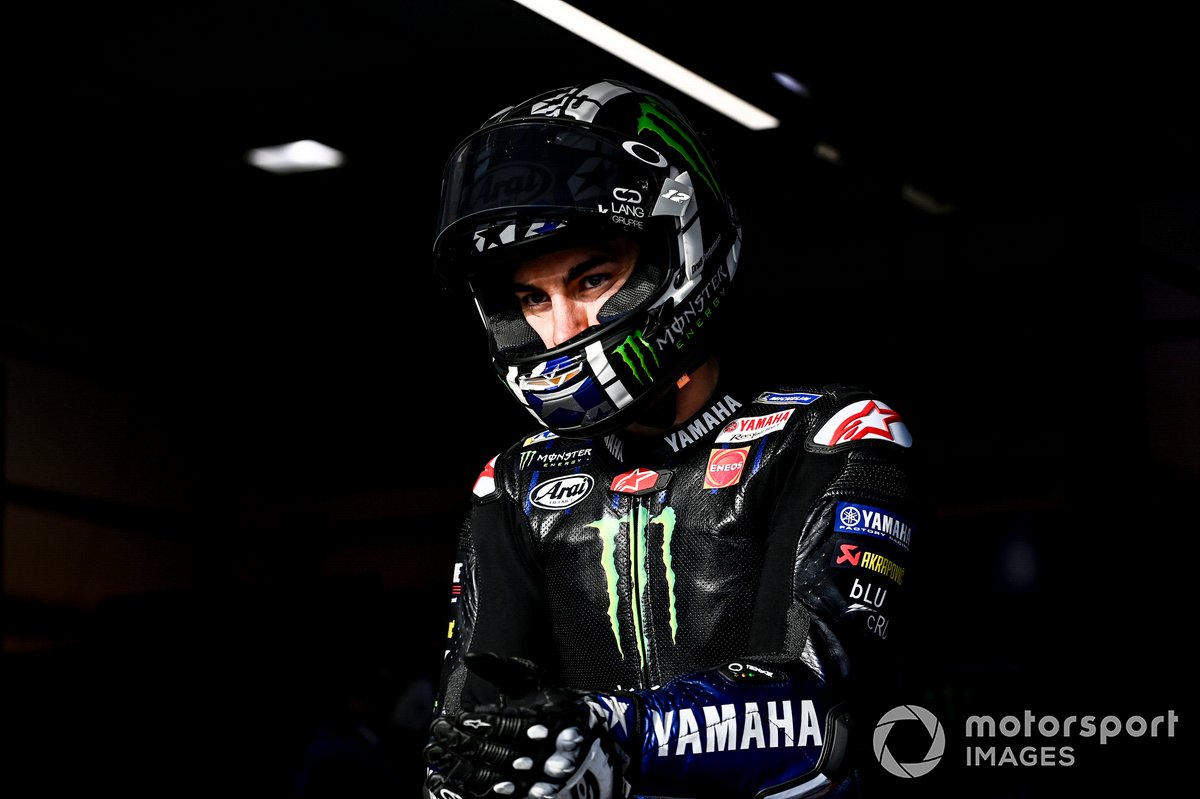 Morbidelli reclaimed top spot from Vinales with a 1m55.124s, before Quartararo edged clear with a 1m55.070s.

This would stand as the time to beat until the closing four minutes, when Morbidelli returned to the top of the pile with a 1m54.676s.

His time would go unchallenged as the chequered flag brought the session to the end, Morbidelli’s time from FP2 securing his safe passage into Q2 later this evening.

Aleix Espargaro leaped up the order to second with a 1m54.841s on the Aprilia, as he prepares for what he believes is a podium challenge come Sunday.

Despite a small crash at the end of the session at Turn 6, Espargaro held onto second and will join Morbidelli in Q2.

Avintia rookie Luca Marini produced a 1m54.855s late on to complete the top three in FP3, though no improvement on the combined order means he will face Q1.

Suzuki’s Alex Rins was the only other rider in the 1m54s in FP3 after a 1m54.914s put him fourth, the Spaniard the only Suzuki in Q2 at the moment after world champion team-mate Mir – who was sixth in FP3 – failed to crash the top 10 on combined times after FP2.

Quartararo completed the top five in FP3 and is safely into Q2, as is eighth-placed Vinales, while seventh-placed Takaaki Nakagami (LCR), Honda’s Stefan Bradl in ninth and KTM’s Miguel Oliveira in 10th will go through Q1.

Miller was 15th in FP3 following his early tumble, but his 1m53.387s from FP2 keeps him top overall and bags him a place in Q2 alongside Valentino Rossi (SRT) and Honda’s Pol Espargaro, who trailed the Ducati rider on the FP3 timesheet.

Bringing up the rear of the pack in FP3 were Francesco Bagnaia on the sister works team Ducati and his Pramac counterpart Johann Zarco, but both secured their places in Q2 on Friday.