Autosport
Share on FacebookShare Share on TwitterTweet
Yamaha’s Maverick Vinales ended Ducati’s Qatar Grand Prix stranglehold with a stunning victory in the 2021 MotoGP opener as world champion Joan Mir was denied a podium on the line.

Ducati has won the previous two Qatar GPs courtesy of Andrea Dovizioso, but Vinales ended that run after battling his way through the Desmosedicis after a slow start.

Poleman Francesco Bagnaia led a Ducati charge off the line, as team-mate Jack Miller, Pramac’s Johann Zarco and his rookie team-mate Jorge Martin from 14th on the grid blitzed the Yamahas into Turn 1.

Martin and Zarco engaged over third, with the Frenchman holding firm at Turn 6 while pre-race favourite Franco Morbidelli plummeted to 20th from seventh on the grid.

The Yamaha trio of Vinales, Fabio Quartararo and SRT’s Valentino Rossi regrouped later on the opening lap, with Quartararo leading them back to fifth.

The Frenchman would get ahead of Martin at Turn 6 on the third lap, with Vinales following him through at Turn 10.

Bagnaia’s lead over Zarco stood at seven tenths, while Quartararo’s charge behind continued as he got ahead of Miller at Turn 15 on lap six and shut the door on the Ducati rider on the run into Turn 1.

Vinales would follow his team-mate through two tours later, with the Spaniard taking third from Quartararo on lap 11. 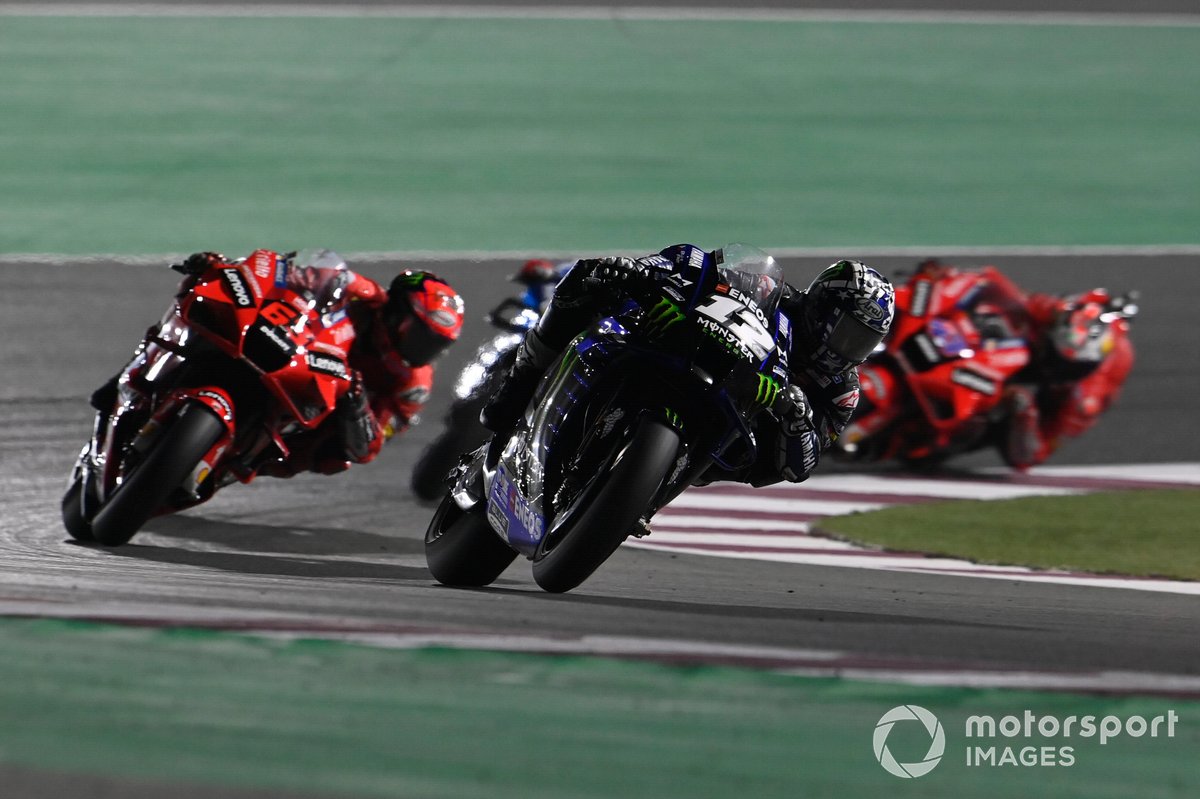 Zarco could do nothing to stop Vinales’ charge a lap later at Turn 10, with the strong headwind on Sunday stopping the Ducatis from utilising their horsepower advantage over the rest.

Vinales launched a raid on Bagnaia’s lead on lap 14 at Turn 10, but the Ducati would not yield and the pair came close to contact as they ran side-by-side through Turn 11.

The Yamaha rider got the job done a lap later at the same place and immediately pulled out a lead of over half a second as the Ducati riders ran into grip troubles.

Vinales’ charge at the front was relentless, his lead as large as 1.6s as he started the penultimate lap.

He came under no threat across the final lap to score his ninth career MotoGP victory and take an early lead in the championship.

Suzuki’s Mir came through from 10th on the grid to grab second from Zarco at Turn 15 on the final lap.

But the world champion ran wide at the last corner and allowed both Zarco and Bagnaia back through on the run to the chequered flag to demote him to fourth.

Quartararo made a late rally after being pushed down the order to end his first race as a factory Yamaha rider in fifth, with Alex Rins’ podium charge on the sister Suzuki ultimately ending in sixth.

Aleix Espargaro was seventh on the Aprilia ahead of brother Pol on his factory Honda debut, while Miller faded to ninth ahead of top rookie Enea Bastianini on the Avintia Ducati.

Rossi couldn’t convert a strong fourth in qualifying to his 200th MotoGP podium on his SRT debut, the nine-time grand prix world champion an average 12th behind Honda’s Stefan Bradl. 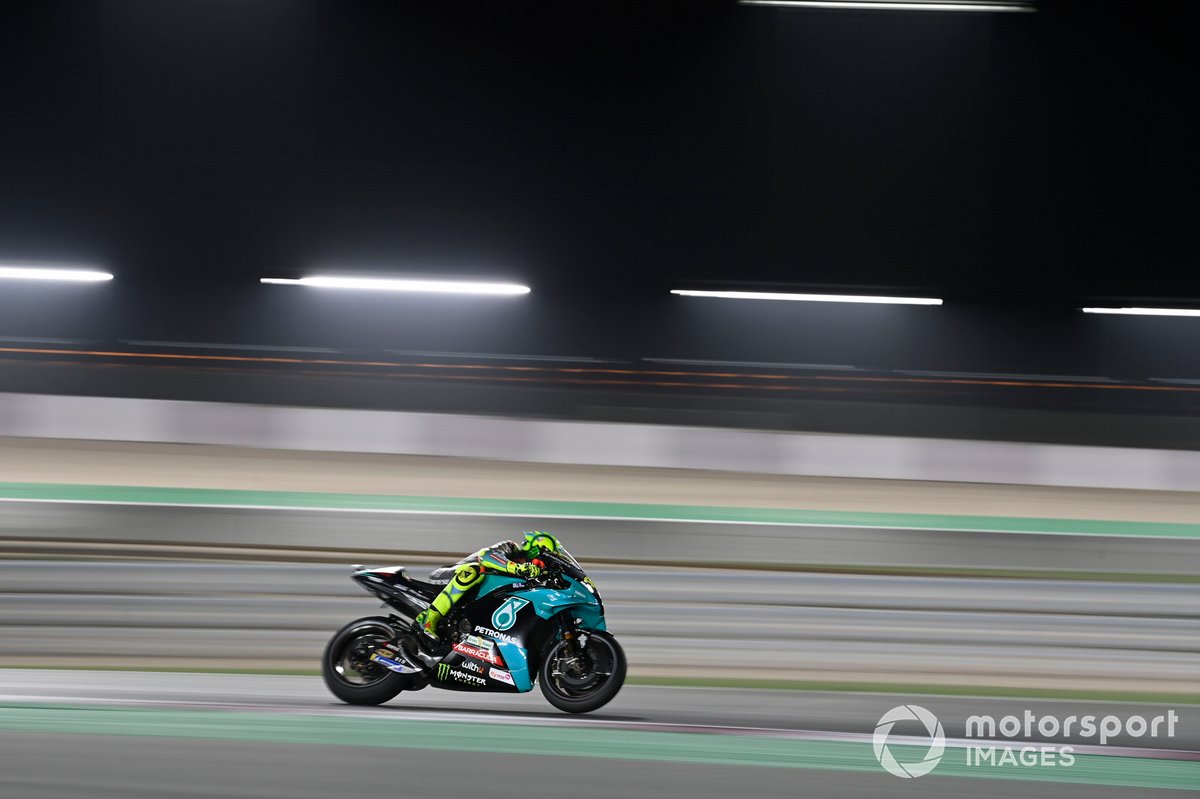 Miguel Oliveira headed KTM team-mate Brad Binder in 13th, while Martin faded to 15th in the end following his rapid start to the race.

Tech3’s Danilo Petrucci crashed out on the opening lap, with LCR duo Takaaki Nakagami and Alex Marquez joining him on the sidelines through separate tumbles.