7NEWS.com.au
Share on FacebookShare Share on TwitterTweet
Kyle Jamieson has made inroads on India's top order to have the hosts 4-154 at tea on day one of the opening Test against New Zealand in Kanpur. 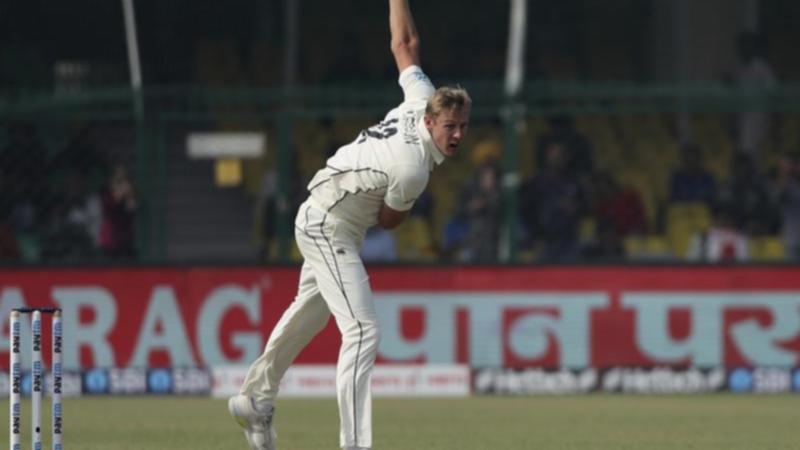 New Zealand seamer Kyle Jamieson wrecked India's top order to reduce the hosts to 4-154 at tea on day one of the opening Test in Kanpur.

The towering paceman dismissed Shubman Gill (52) in the first over after lunch and sent back stand-in skipper Ajinkya Rahane (35) in a terrific display of seam bowling on a slow track.

Debutant Shreyas Iyer was batting on 17 at the break with Ravindra Jadeja, one of three spinners picked by India, on six at the other end.

With several frontline players, including regular captain Virat Kohli, either rested or recuperating, India fielded a new opening pair after opting to bat on a hazy morning at the Green Park Stadium.

Gill had not even opened his account when he was adjudged lbw to Tim Southee in the third over.

He immediately reviewed the decision and it was overturned after replays confirmed an inside edge before ball hit pad.

New Zealand had opted for a three-pronged spin attack for the first match of the two-Test series but it was Jamieson who drew first blood, dismissing Mayank Agarwal caught behind for 13.

Gill grew in confidence and hit spinner Ajaz Patel for a six and a four in the same over en route to his fourth test fifty.

Jamieson (3-38) dismissed Gill soon after lunch when the opener dragged a good-length ball from outside the off-stump onto his stumps.

Rahane hit six boundaries and looked in great touch before perishing like Gill, deflecting a Jamieson delivery onto his stumps.

The sides last met in June when New Zealand triumphed in the World Test Championship final.