Cricket Country News
Share on FacebookShare Share on TwitterTweet
Buttler won the toss on Sunday at the MCA Stadium and as expected - opted to bowl first. 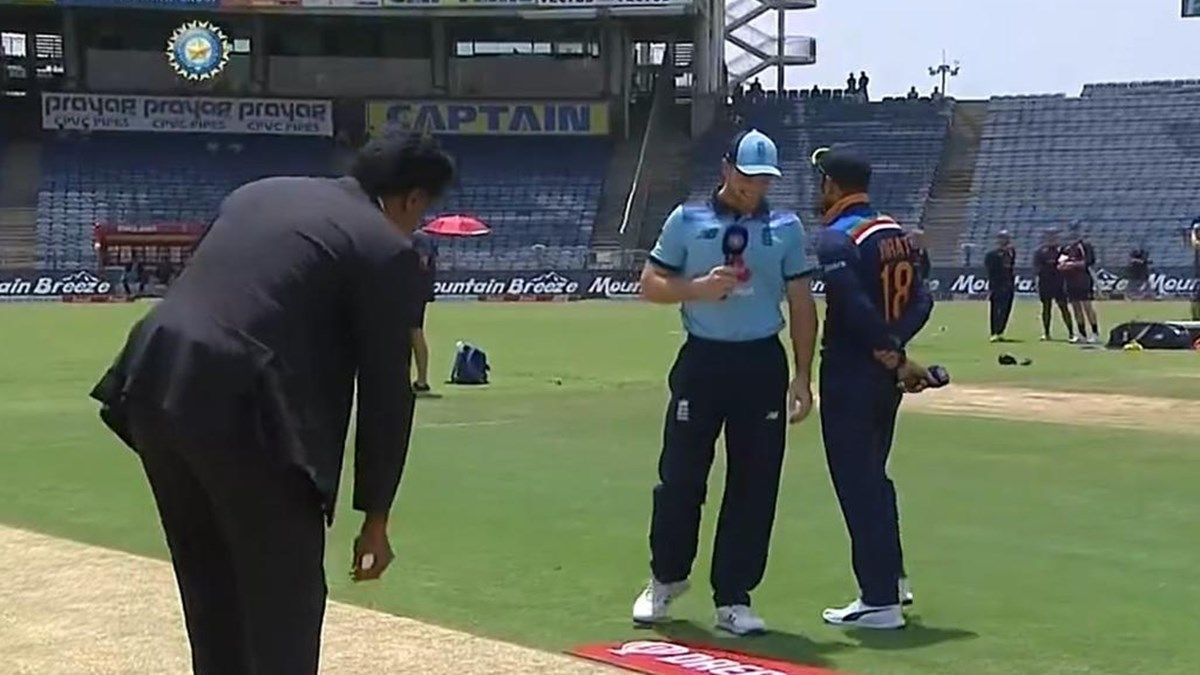 India skipper Virat Kohli has on most occasions been on the wrong side of the toss and that has hurt them. Kohli must have been hoping that he wins the all-important toss in the third and final ODI in Pune on Sunday. Hoping to be third-time lucky – he was not. Buttler won the toss on Sunday at the MCA Stadium and as expected – opted to bowl first.

After Kohli lost the toss, he walked behind Buttler, as the English stand-in skipper smiled. It seemed hilarious but time and again, Kohli has said toss is not something within his control and hence he has to be prepared for all situations and has imbibed this culture in the dressing-room as well.

Here is Buttler’s reaction after Kohli lost the toss:

England have won the toss & elected to bowl against #TeamIndia in the third @Paytm #INDvENG ODI.