FRANCE 24 English
Share on FacebookShare Share on TwitterTweet
Two suicide bombers blew themselves up outside a Catholic church in the Indonesian city of Makassar on Sunday, wounding about 20 people on the first day of the Easter Holy Week, the country's nationa… 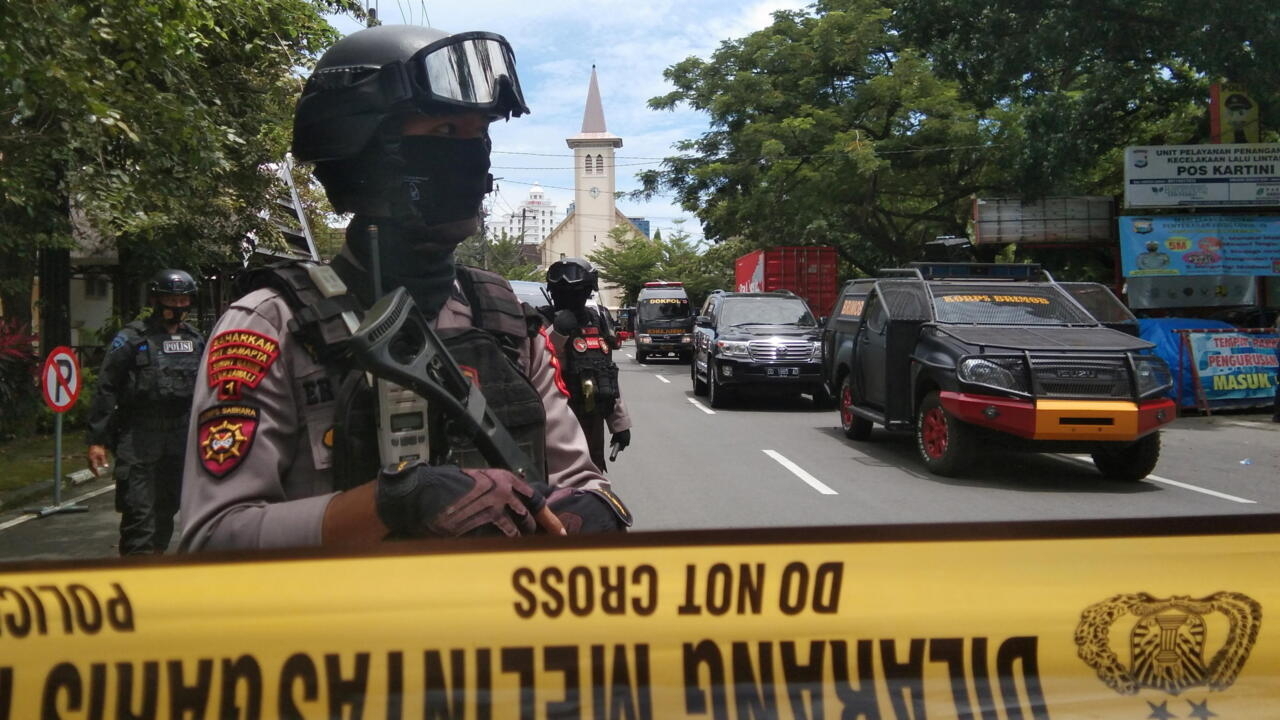 Two suicide bombers blew themselves up outside a Catholic church in the Indonesian city of Makassar on Sunday, wounding about 20 people on the first day of the Easter Holy Week, the country's national police said.

The congregation had been inside the church on the island of Sulawesi at the time of the explosion, officials said, just as the mass was ending.

Some 20 others were wounded in the explosion, the minister said.

Authorities were looking into which radical networks the bombers came from and whether the attack was linked to recent arrests of suspected militants, national police spokesman Argo Yuwono said.

In January, a counter-terrorism unit raided a militant hideout in Makassar and killed two men suspected by police of involvement in twin bombings at a Philippine church in 2019 that killed more than 20 people.

Father Wilhemus Tulak, a priest at the church, told Indonesian media that a suspected bomber tried to enter the church grounds on a motorbike, but had been stopped by a security guard.

Security camera footage showed a blast that blew flame, smoke and debris into the middle of the road.

Police did not say who might be responsible for the attack and there was no immediate claim of responsibility.

Police blamed the Islamic State-inspired Jamaah Ansharut Daulah group for suicide attacks in 2018 on churches and a police post in the city of Surabaya that killed over 30 people.

Boy Rafli Amar, the head of the country's National Counterterrorism Agency, described Sunday's attack as an act of terrorism.

Makassar Mayor Danny Pomanto said the blast could have caused far more casualties if it had taken place at the church's main gate instead of a side entrance.

Makassar, Sulawesi's biggest city, reflects the religious makeup of Indonesia, the world’s largest Muslim-majority country with a substantial Christian minority and followers of other religions.

"Whatever the motive is, this act isn't justified by any religion because it harms not just one person but others, too," Yaqut Cholil Qoumas, Indonesia's religious affairs minister, said in a statement.

Gomar Gultom, head of the Indonesian Council of Churches, described the attack as a "cruel incident" as Christians were celebrating Palm Sunday, and urged people to remain calm and trust the authorities.

Indonesia's deadliest Islamist militant attack took place on the tourist island of Bali in 2002, when bombers killed 202 people, most of them foreign tourists.

In subsequent years, security forces in Indonesia scored some major successes in tackling militancy, but more recently there has been a resurgence of militant violence.