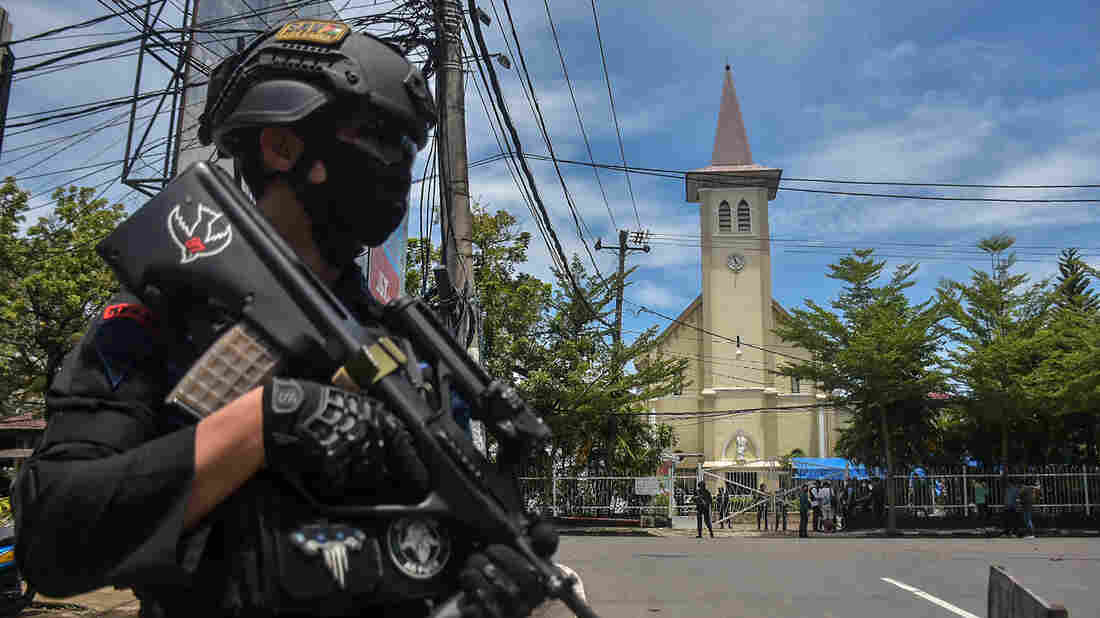 Two suicide bombers attacked a Roman Catholic church compound in Makassar, Indonesia, on Sunday morning, injuring at least 20 people, according to state officials. While no deaths among the churchgoers have been reported, police say both attackers died in the blast.

The attack happened at the Sacred Heart of Jesus Cathedral around 10:30 a.m., as a round of mass was wrapping up at the church. The bombers attempted to enter the church compound on motorbike and detonated at least one bomb by an entrance to the compound, according to news reports.

Indonesian President Joko Widodo condemned the attack as an "act of terrorism," and said he had ordered the police "to thoroughly investigate the perpetrators' networks and tear down the networks to their roots."

The attacks happened on Palm Sunday, the beginning of the Holy Week leading up to Easter. In a televised address, Joko called on people to remain calm and said "the state guarantees the safety of religious people to worship without fear."

Religious Affairs Minister Yaqut Cholil Qoumas encouraged police to improve security at places of worship. "Whatever the motive is, this attack cannot be justified by any religion because it only does harm to other people," he said.

Indonesia is the world's largest Muslim-majority country, home to around 13% of the world's Muslim population. In recent years, it has been challenged by rising religious extremism.

No organization has claimed responsibility for Sunday's attack. Authorities are investigating possible ties between the bombers and radical networks, national police spokesman Argo Yuwono said, according to Reuters.

In 2018, a series of coordinated suicide bombings targeting churches and a police post in the port city of Surabaya killed dozens of people. Police blamed the attacks on the ISIS-affiliated group Jamaah Ansharut Daulah.