TV Blackbox
With Tommy isolating at home and Ali safe in the gantry following her immunity win, Jock revealed the contestants had 10 minutes to present a dish to the judges, the best dish saving their entire team from round two. 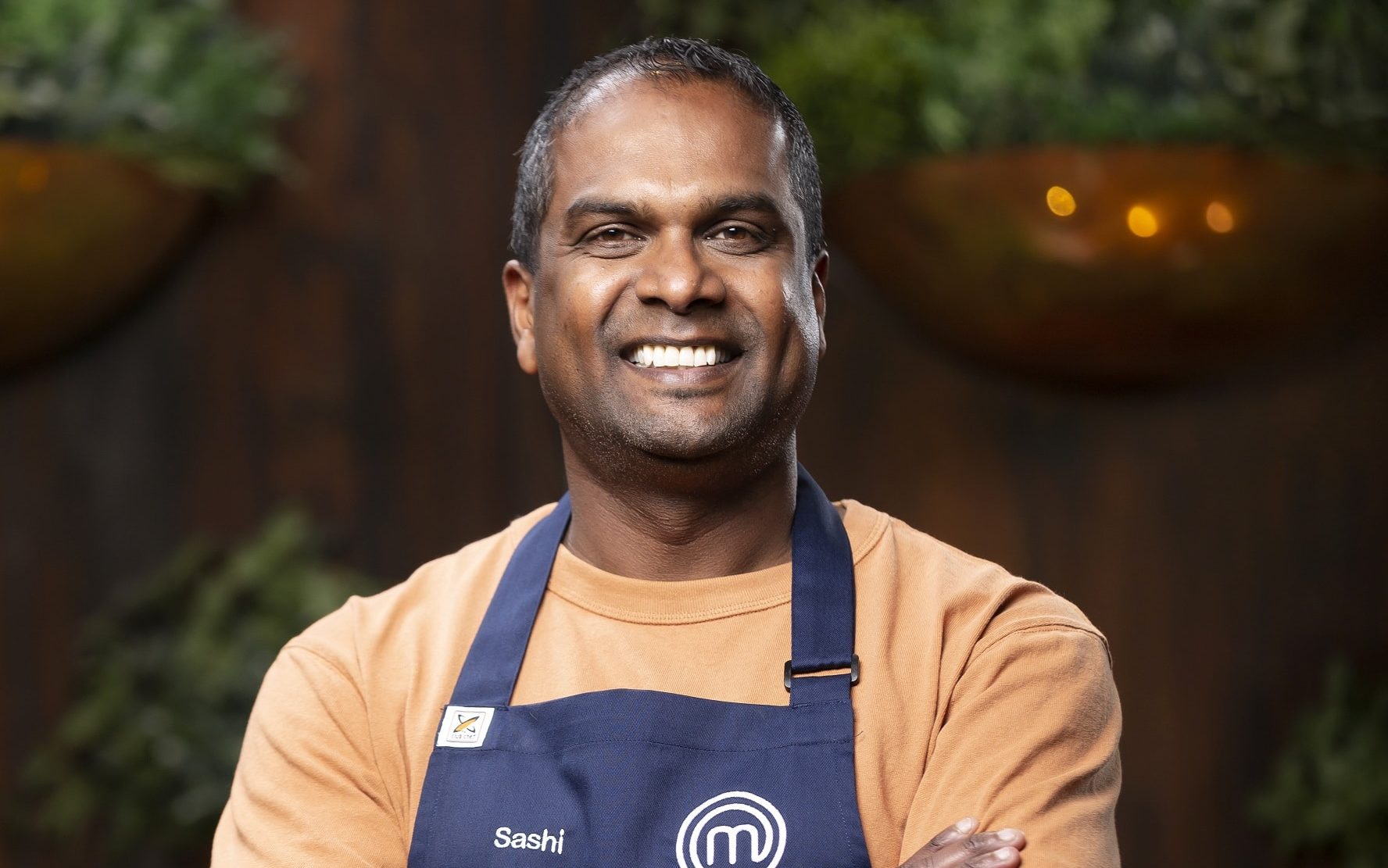 The last time Sashi left the MasterChef kitchen he was holding the trophy, but on Sunday night’s episode, the Season 10 winner was sent home with a heart-wrenching goodbye.

With Tommy isolating at home and Ali safe in the gantry following her immunity win, Jock revealed the contestants had 10 minutes to present a dish to the judges, the best dish saving their entire team from round two.

When time was up, the judges dove in to some fantastic fast and furious food, but it was Melanie’s silken tofu, fried egg and yummy sauce that scored top honours and saw the Favourites head into a round two, never-before-seen overnight challenge.

In the final minutes of day one, the Favourites raced to prep their elements and set them to marinate and cook overnight. Following a long night wondering how their cooks were progressing, the contestants entered the next day with nerves at an all-time high.

With 15 minutes to go, Michael’s efforts to save his tough brisket were in vain, and he opted to play his immunity pin.

Sashi was happy with his one-day fish curry but struggled to cook his dosa, it was a massive relief when he managed to get a dosa up in the final moments.

When it was time to taste, Julie’s Moroccan lamb shoulder was a dish worthy of applause, Aldo’s octopus was just as impressive, while Minoli presented a flavourful pork belly curry. Billie served up a completely faultless duck confit, Sarah’s vindaloo was a great balance of heat and acidity and Alvin’s braised pork belly was deemed beautiful.

Mindy’s chicken and duck dumplings had intense flavour, but unfortunately the dough was not blanched long enough.

Sashi was last to the tasting room, where he admitted it hadn’t been his day, cooking in chaos and struggling with his dosa.

When the judges tasted, they could see that while he’d finally managed to cook a perfect dosa, the time spent on it meant he neglected his fish curry which had caught the bottom of the pan and burnt. Sadly, the burnt curry sealed his fate, and the Favourite was sent home.

MasterChef Australia: Fans & Favourites continues Monday, 16 May At 7.30pm on 10 and 10 Play On Demand.
- Advertisement -
Similar news
This week's most popular news
Topics of the week
Hot topics