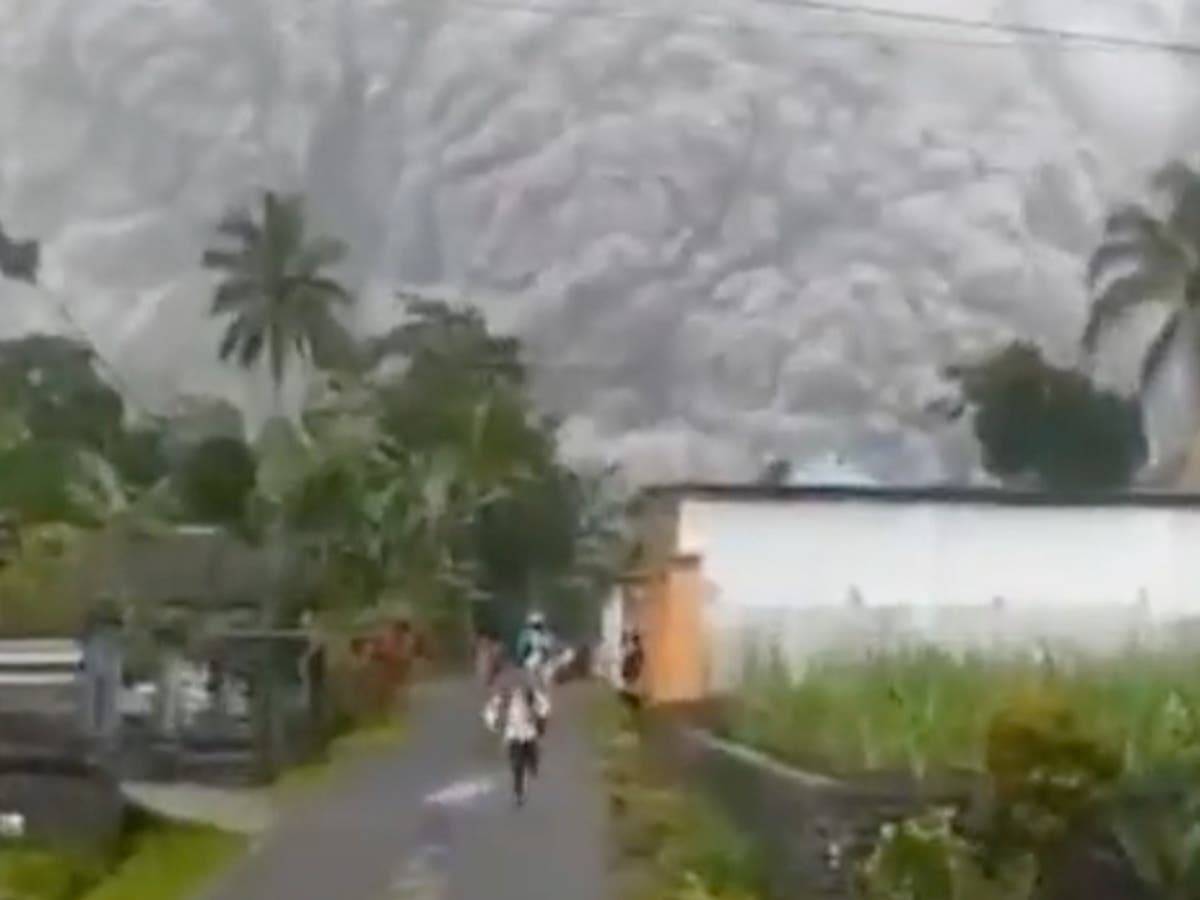 A volcanic eruption in Indonesia has sent smoke and ash flying 40,000ft in the air and has triggered panic on the island of Java. Videos shared on social media show locals fleeing from the huge plume as ash falls from the sky.

Around 2.50pm on Saturday, Mount Semeru erupted in Lumajang City. Thus far, no casualties have been reported but evacuation operations are ongoing.

A resident living in a nearby village posted a photo of the eruption on social media, writing; “Friends, please pray for me, I hope my family is fine, Just now, it’s really bursting.”

The region was also plunged into darkness as ash clouds became so dense that all sunlight was blocked.

He added that a bridge connecting Lumajang with the nearby city of Malang had been destroyed by the combined effects of the eruption, a thunderstorm and heavy rains.

The Volcanic Ash Advisory Centre issued a warning after the plume of smoke and ash rose an estimated 40,000ft in the air, and began raining down on residents below.

MAGMA Indonesia, an information service reporting on volcanoes, earthquakes and tsunamis, said that the eruption had been recorded on a seismograph with a maximum amplitude of 25mm and a duration of 5160 seconds. The Centre for Volcanology and Geological Hazard Mitigation added that incandescent lava avalanches had been observed, sliding 500-800 metres down the volcano.

Budi Santosa, the head of the regional disaster management agency, said in a statement: “There has been an increase in the activity of Mount Semeru accompanied by hot ash clouds falling”.

He explained that the falling ash was witnessed across Lumajang, Sumberwuluh Village, Candipuro District, Supiturang and Pronojiwo, and said that residents were asked to evacuate these areas.

He added that no casualties had been reported, but said that data collection was ongoing, as the East Java and Lumajang disaster management agencies were on site to conduct a full assessment and assist with the evacuation efforts.

Mount Semeru is the tallest mountain on the island of Java, and is among Indonesia’s 130 active volcanoes. Since 1818, it has erupted at least 55 times, 10 of which resulted in fatalities.