Up Next Saints stumble in Spud's Game

St Kilda FC
Share on FacebookShare Share on TwitterTweet
Melbourne has continued its perfect start to the season with a 18-point win over St Kilda at Marvel Stadium on Saturday night. 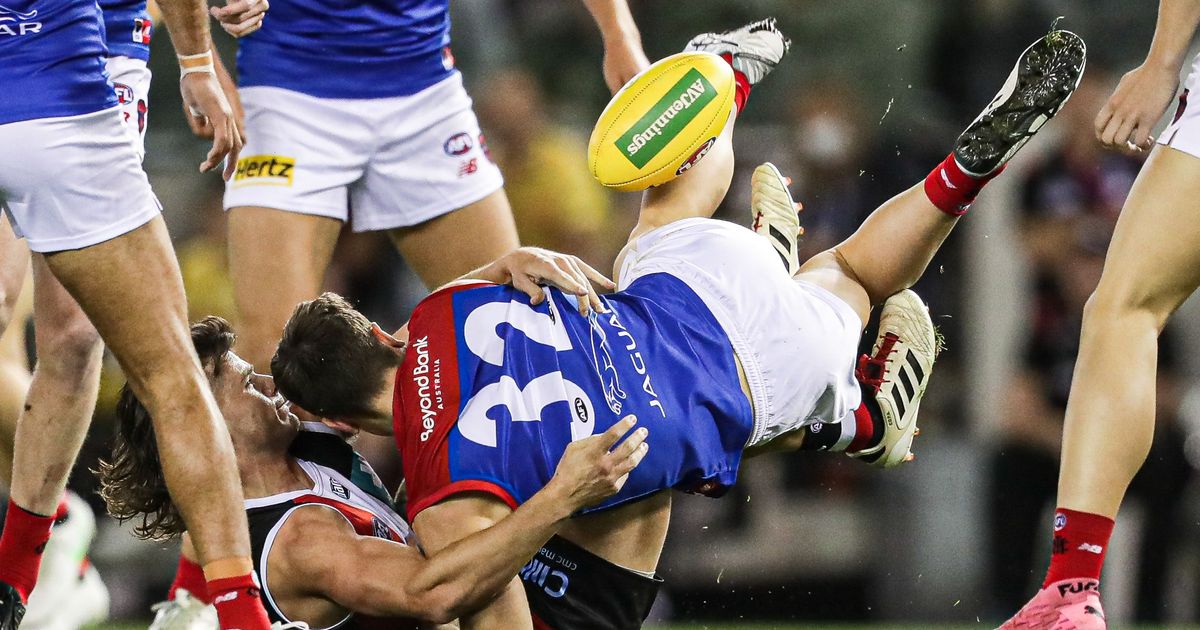 Melbourne has won its opening two games of a season for the first time in four years after grinding out an 18-point victory over St Kilda.

Five consecutive goals to the Demons during the second and third quarters put a wedge between the sides in an error-riddled contest under the roof at Marvel Stadium on Saturday night.

New co-captain Jack Steele helped drag the Saints back into the contest briefly but the Dees steadied, with livewire Kysaiah Pickett kicking two goals in the 12.19 (91) to 11.7 (73) win.

Compounding St Kilda's woes was a jaw injury to Jimmy Webster from an errant tackle that saw him substituted out of the match during the third quarter.

Pickett was dangerous around stoppages in Melbourne's forward half and showed flashes of brilliance, delivering a goal-of-the-round contender during the second term.

The work of midfielders Clayton Oliver (37 disposals), Christian Salem and Christian Petracca (both 30) was important for the Demons.

On an emotional night, St Kilda launched the inaugural Spud's Game: Time 2 Talk in memory of the late Danny Frawley - an initiative to support and raise awareness for mental health programs.

Jack Viney kicked two first-quarter goals on return from a hamstring injury as the Demons had the better of the play early before Max King (two goals) helped spark a five-goal run for the Saints in a see-sawing start.

Pickett provided the highlight of the first half with a brilliant snapped goal, roving a pack and evading two tackles before kicking truly.

It was one of three goals in a six-minute burst that gave the Dees a four-point lead at the main break.

The trend continued in the third quarter as the sleepy Saints were made to pay for a series of errors in their back half.

Goals to Ed Langdon and Charlie Spargo made it five straight for the Dees, but they didn't put their collective foot down when given the chance.