Janette Manrara unimpressed at Strictly career swipe on Blankety Blank 'Thanks for that!'

Daily Express
Share on FacebookShare Share on TwitterTweet
JANETTE MANRARA was left unimpressed after a fellow celebrity Blankety Blank panellist took a brutal swipe at the star over her Strictly Come Dancing career. 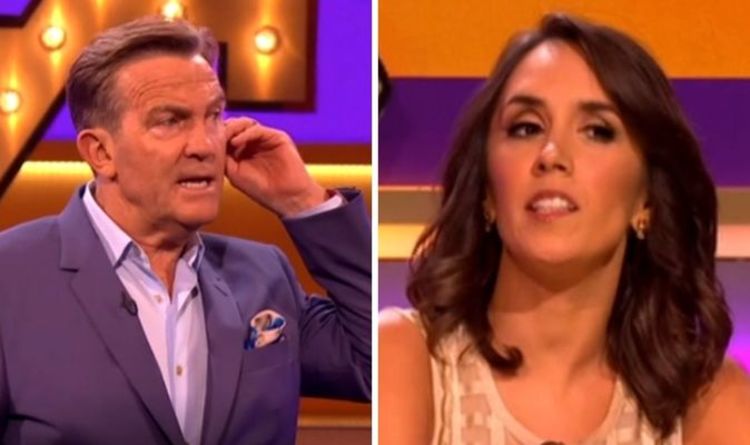 Strictly Come Dancing star Janette Manrara was one of the celebrity guests on Saturday's instalment of Blankety Blank. During the episode host Bradley Walsh asked whether the 38-year-old had ever won a series of Strictly. When she admitted she'd never won the Glitterball Trophy gymnast Louis Smith took a jab at the dancer.

Host Bradley asked the celebrities and guests, named Fatima and Andrew, a question about the It Takes Two host where they had to fill in the blank.

If the celebrities' answers matched the guests' answers, they'd proceed further in the competition.

Bradley said: "You know that Janette Manrara, she can't stop dancing. Instead of walking to the shops, she prefers to blank to the shops."

While everyone was writing their answers on their whiteboards, the 61-year-old host cheekily asked the Cuban dancer whether she'd ever won a series of Strictly Come Dancing.

Janette sarcastically replied: "No, I didn't Bradley, thanks for that."

Olympic gymnast Louis then rubbed salt in the wounds by telling Janette: "Winning is great though isn't it?"

A seriously unimpressed Janette replied to the gymnast: "Great, I appreciate it."

Ahead of appearing on the show, Janette took to Twitter to tell her social 188,000 followers she'd be a celebrity guest.

She tweeted: "Guess who’s back on your Saturday night telly! Not dancing, but on #BlanketyBlank @9pm on @BBCOne!

"Tune in later in the evening after @bbcstrictly. I laughed so much and had the absolute BEST time! What a fun game show!"

Her followers were quick to comment on Janette's guest appearance on the BBC game show, with Richard tweeting: "It's always a pleasure to see you. You always give great value in all you do."