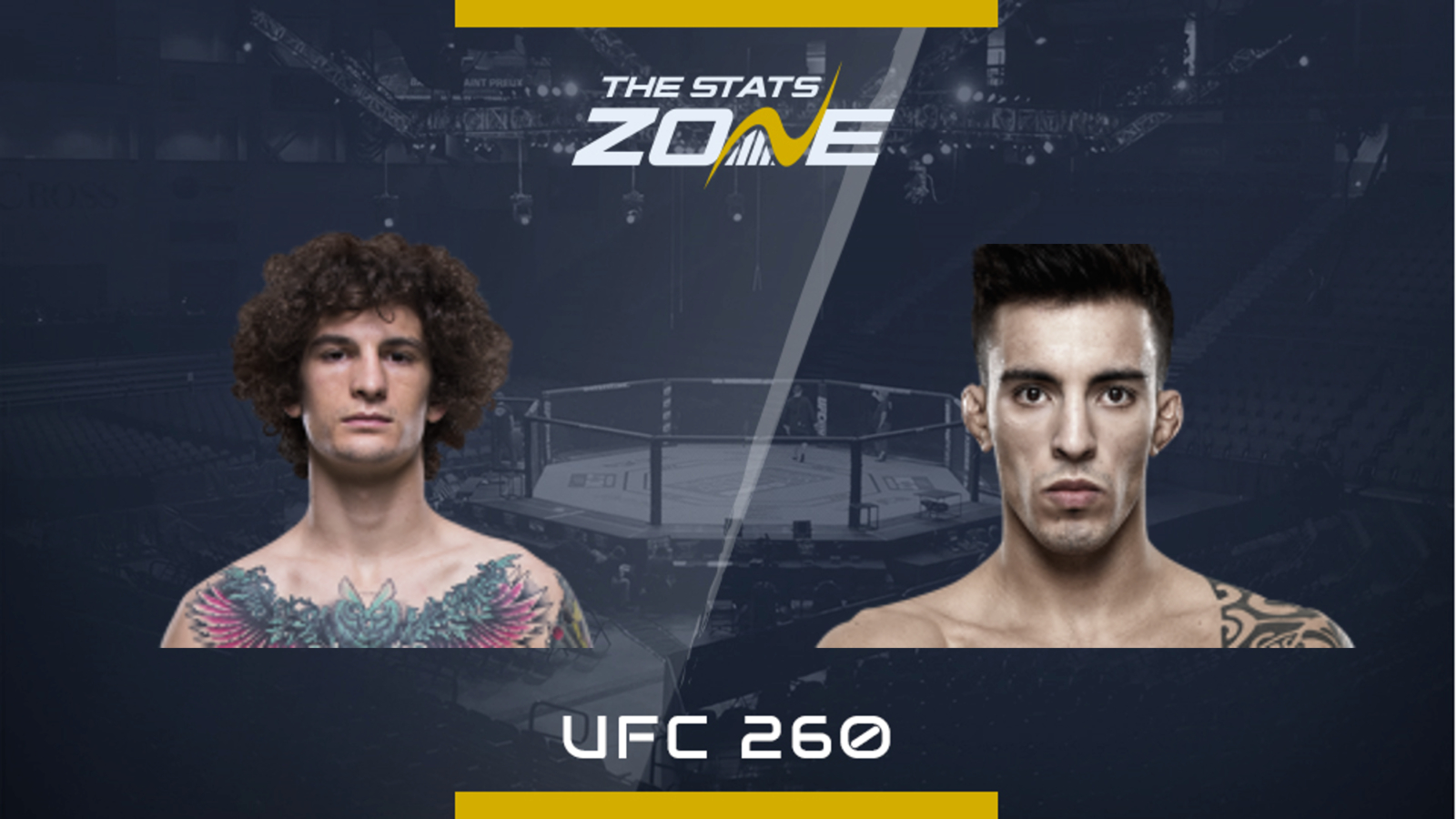 Select the sports you want to hear about and TSZ will send the best previews, analysis and predictions straight to your inbox. Sign up today!

Where can I get tickets for UFC 260? Click here for the latest ticket information for UFC events

Where can I stream UFC 260? BT Sport subscribers can stream the fight online via the BT Sport website

For viewers in the United States, the event will be shown live on ESPN+ and you can sign up for access as part of a Disney Bundle here!

The Sean O’Malley (12-1) hype train was thoroughly derailed by Marlon Vera back in August. The Ecuadorian disabled the leg of O’Malley and followed him to the ground to land a couple brutal elbows to complete the finish. This devastating loss came after flawless performances including a striking clinic, knocking out Jose Quinonez and that one-punch walk-off knockout over Eddie Wineland.

Thomas Almeida (22-4) was carrying an abundance of hype himself after his first four UFC fights which included savage knockouts over Yves Jabouin, Brad Pickett and Anthony Birchak to boast his perfect record to 21-0. However, Cody Garbrandt snapped the streak and his jaw before going on to win the bantamweight title. Almeida responded perfectly by knocking out Albert Morales, but he went on to lose a unanimous decision to Jimmie Rivera and get knocked out by Rob Font. He was out for nearly three years and returned at featherweight but met an in-form Jonathan Martinez losing a unanimous decision and now he is in the dark realm of losing four of his last five.

Almeida drops back down to bantamweight and we are not quite sure what he has done to annoy the UFC brass as taking on O’Malley after three losses in a row is a tough task. Fickle fans may write O’Malley off especially after not taking the loss on the chin, but he is clearly an elite striker and he was only getting better before the Vera loss.

His speed, technique and power on the feet has got to be a worry for Almeida. The Brazilian can clearly crack himself, but you need to be full of confidence to bring it to O’Malley which he has lost. If he can open up with calf kicks to test O’Malley’s injuries, he can plant a seed of doubt in his mind and find an opening, but he needs to be assertive and not let O’Malley dictate the range and pace like he usually does.

Almeida is also dangerous on the ground and O’Malley has very underrated jiu-jitsu, but we are unlikely to see any grappling here which will only favour O’Malley. He has a point to prove now which could bring out the best in him and it is a great time to fight Almeida.