ELLE Australia
Share on FacebookShare Share on TwitterTweet
The Tina Turner documentary aired on March 27, 2021, offering up a new look at the icon's life. Here's where to watch. 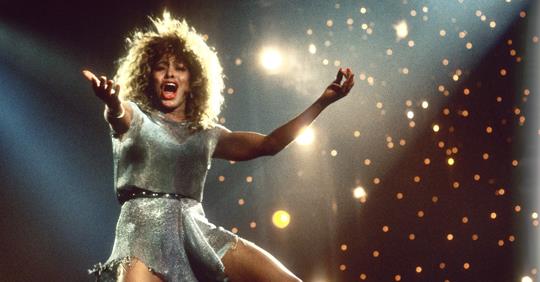 Tina Turner is a living icon. There's no denying the Rock & Roll Hall of Famer has lived a legendary life, with a music career that spans six decades. Now, that defining career is being explored in a new documentary.
TINA, which aired on HBO on March 27, delivered a "revealing and intimate look" at Turner's life and career.
Wanting to know more? Below, everything to know about Tina Turner's new documentary.
The Documentary Comes From The Creative Team Behind Whitney.
TINA comes from Oscar-winning directors Dan Lindsay and T.J. Martin and production company Lightbox, from producers Simon Chinn and Jonathan Chinn, which was behind the 2018 Whitney Houston documentary, Whitney. Emmy-nominated producer Diane Becker was also part of the team.
The Documentary Will Show Footage That Spans Six Decades Of Turner’s Career.
The film will follow Turner's rise to fame, her personal and career struggles, as well as her earning icon status in the '80s. The documentary features interviews with Turner herself, filmed at her home in Switzerland, appearances from people closest to her, as well as archival footage that spans her entire career. Angela Bassett, Oprah Winfrey, I, Tina co-author Kurt Loder, playwright Katori Hall, who wrote the musical about Turner's life, and Turner's husband, Erwin Bach, all provide onscreen commentary.
Has A Trailer Been Released?
HBO offered up its first sneak peek at the documentary in February 2021, and you can watch it below.
"Look at what I've done in this lifetime with this body," Turner says in the short clip. "I'm a girl from the cotton field who pulled myself above what was not taught to me."
The footage hints at the ups and downs of Turner's life, from her rocky childhood to her divorce and "comeback."
"I had an abusive life," she says in the clip, referring to her marriage to Ike Turner. "There's no other way to tell the story."
[embedded content]
The Documentary Will Acknowledge Turner As A Survivor.
In 1981, Turner famously opened up to People magazine about the trauma she endured while married to Ike Turner, her former husband and musical partner. The couple had divorced five years prior, in 1978.
"The article would be the first of many profiles that would cement Tina's image as a survivor, helping to fuel the story of her extraordinary yet improbable career comeback," reads a statement from HBO.
Where Can You Watch The 'TINA' Documentary In Australia?
The documentary is currently available to watch on Foxtel On Demand.
Read this next
Similar news
Topics of the week
Virgil Abloh Stephen Sondheim Freddie Mercury Splendour In The Grass Rihanna Rebecca Maddern Thanksgiving Alec Baldwin Queen Grey's Anatomy
Hot topics