Variety
Share on FacebookShare Share on TwitterTweet
Twitter has soft-launched Tip Jar, a new feature to make it easier for power users to earn money from their followers. Starting Thursday, anyone using Twitter in English can send tips using the iOS… 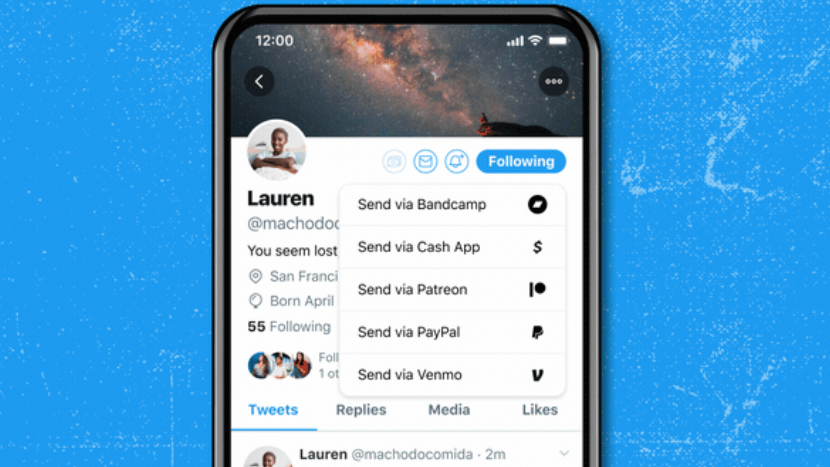 Twitter has soft-launched Tip Jar, a new feature to make it easier for power users to earn money from their followers.

Starting Thursday, anyone using Twitter in English can send tips using the iOS and Android app to eligible accounts. On Twitter’s Android app, users can also send tips from within the Spaces live audio-chat feature. For now, Twitter has enabled Tip Jar for a limited group of people who use Twitter in English, which includes creators, journalists, experts and nonprofit organizations. Twitter plans to widen the rollout of Tip Jar to more people and to expand it to more languages.

Twitter is not taking any cut of Tip Jar donations. “This is a first step in our work to create new ways for people to receive and show support on Twitter — with money,” Twitter senior product manager Esther Crawford wrote in a blog post announcing the feature.

On Twitter accounts that have the feature enabled, a Tip Jar icon appears next to the Follow button on their profile page. Tap the icon, and you’ll see a list of payment services or platforms that the account has enabled. Twitter is currently supporting digital-payment services Bandcamp, Cash App, Patreon, PayPal and Venmo.

Other creator platforms, like Twitch, Facebook and YouTube, already let users send tips to creators. And some Twitter users have already been soliciting donations from their followers — for example, by including their PayPal or Venmo accounts in their bios or in tweets. The new Tip Jar builds those features directly into the app.

If Twitter’s Tip Jar is available for you, you’ll see it listed on the “Edit profile” screen. Open your profile, tap “Edit profile,” then tap “Tip Jar,” where you can activate your Tip Jar and add your accounts for the payment services you use.

One caveat with Twitter’s Tip Jar pointed out by Rachel Tobac, CEO of hacking-training firm SocialProof Security: If you send a Twitter user a tip using PayPal, when they open the receipt from the tip you sent, they are able to see your email address.