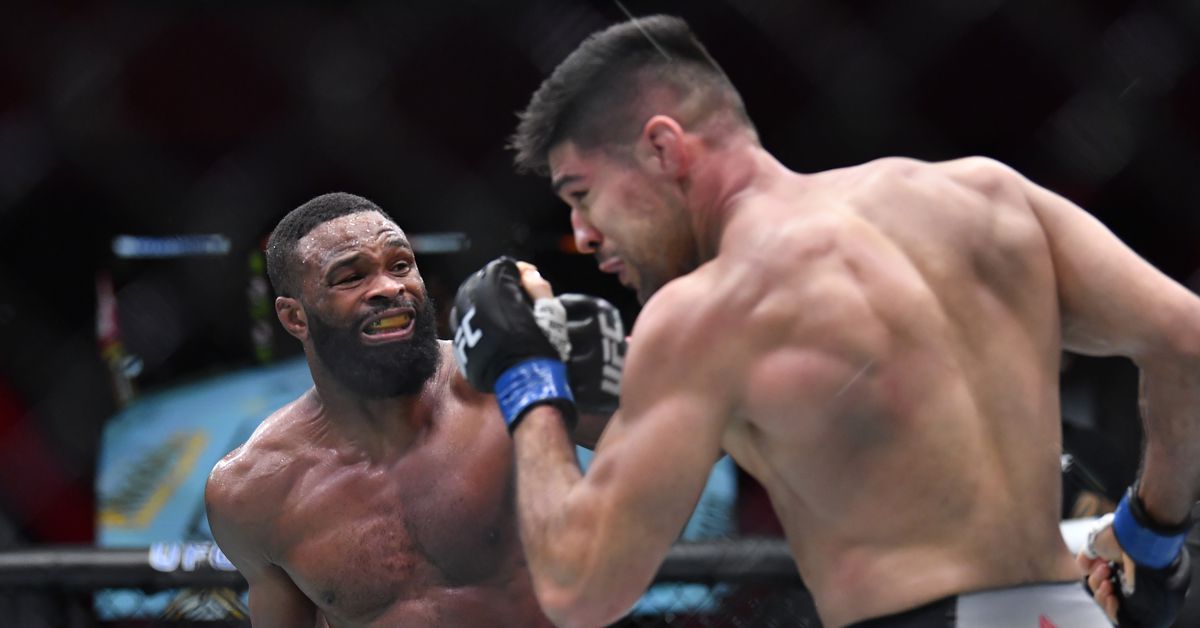 While Woodley had lackluster outings in three previous defeats, he came out guns blazing against Luque as he looked to finish the fight with every punch thrown in the opening round. Unfortunately, after tagging Luque with a blistering hook, he got a little too wild with his shots and left himself open for a counter strike.

On cue, Luque cracked Woodley with a hard shot and despite his best efforts to survive the onslaught after that punch, he eventually succumbed to the submission.

Woodley did take home a bonus for his part in the evening’s “Fight of the Night,” but more than anything he wanted to return to the win column. Instead, he heads home with a fourth straight loss on his resume.

Following the event, Woodley took to Instagram to release his first statement:

“Sh*t was going really well until it wasn’t,” Woodley wrote. “My camp pushed me in ways I haven’t been pushed in a while. I committed, and swore to myself I would bring the tiger out that earned me gold. I saw the opportunity for the KO and got too excited. Paid a big cost.

“I don’t regret my aggression as that’s what God created me to do. [Luque] is a tough and humble fighter. Was an honor to share the cage with you tonight.”

When Woodley lost the welterweight title to current champion Kamaru Usman back in 2019, it seemed like a passing of the torch in the division. Usman’s performance that night solidified him as the best 170-pound fighter on the planet, and there was no shame that Woodley lost to him.

Sadly, for all the ways Woodley wanted to earn his way to a rematch, he instead put on two bizarre performances in a row, falling to both Gilbert Burns and Colby Covington.

Looking like he got shot out of a cannon at UFC 260, Woodley was a much different animal in the opening few minutes with Luque. But the result was still the same in the end.

Now Woodley has an even steeper mountain to climb, but judging by his post-fight statement, he’s already recognized what went right and what ultimately went wrong as he looks toward the future.