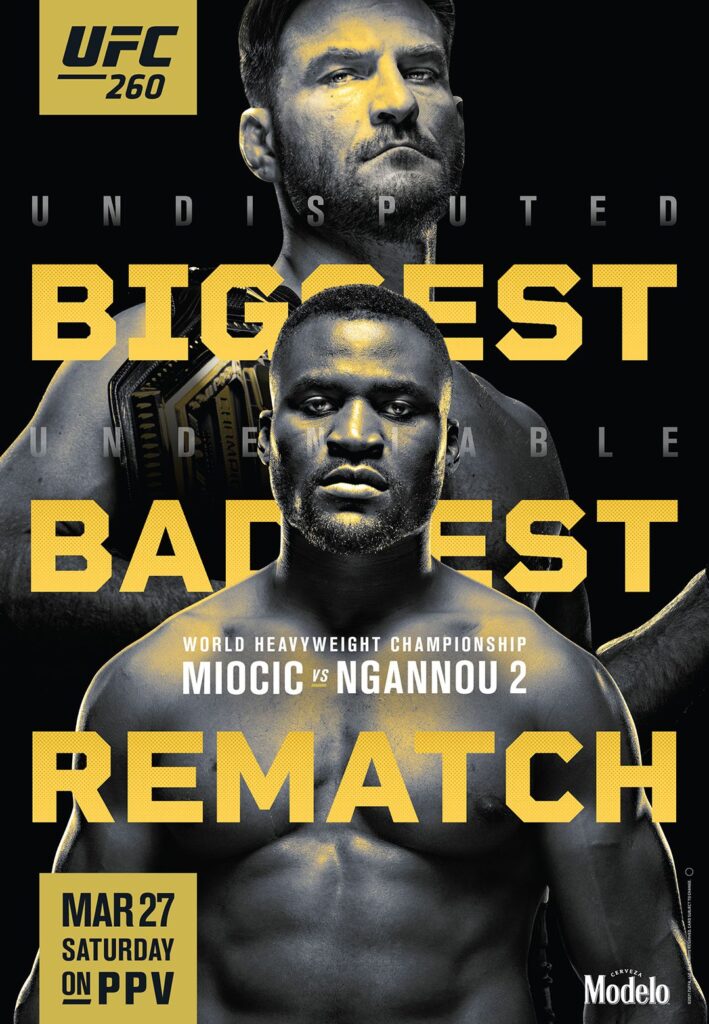 Order PPV on ESPN+ Learn More
We earn a commission if you click this link and make a purchase at no additional cost to you.

The Body Lock is here to bring you live Woodley vs. Luque play-by-play updates, live video highlights, live blog, and updates during the fight.

Want to watch the fight with us? Join us here on YouTube.

Tune in for our UFC 260 post-fight show on YouTube to catch our reactions, and post-fight analysis from Miocic vs. Ngannou, and more.

Halfway through the round now…

A lot of clinching to start this fight. Woodley pushes Luque away and lands his right hand. Luque wobbled. Woodley advancing. Jab and a right hand. Luque returns a big right hand and Woodley’s hurt now. Referee Jason Herzog gives him some time to recover but Luque is pouring it on now and Woodley looks out of it. Woodley grabs the cage to stand up. He lets go to swing a big right hand to fight back. It lands and he’s still somehow in the fight. Woodley falls over and Luque wraps up the D’Arce choke. Woodley taps and it’s all over.

Tune in for our UFC 260 fight companion live stream watch along for alternate commentary, discussion, analysis, and answers to your best questions for every fight of the main card, including Stipe Miocic vs. Francis Ngannou, Tyron Woodley vs. Vicente Luque, Sean O’Malley vs. Thomas Almeida, and more.