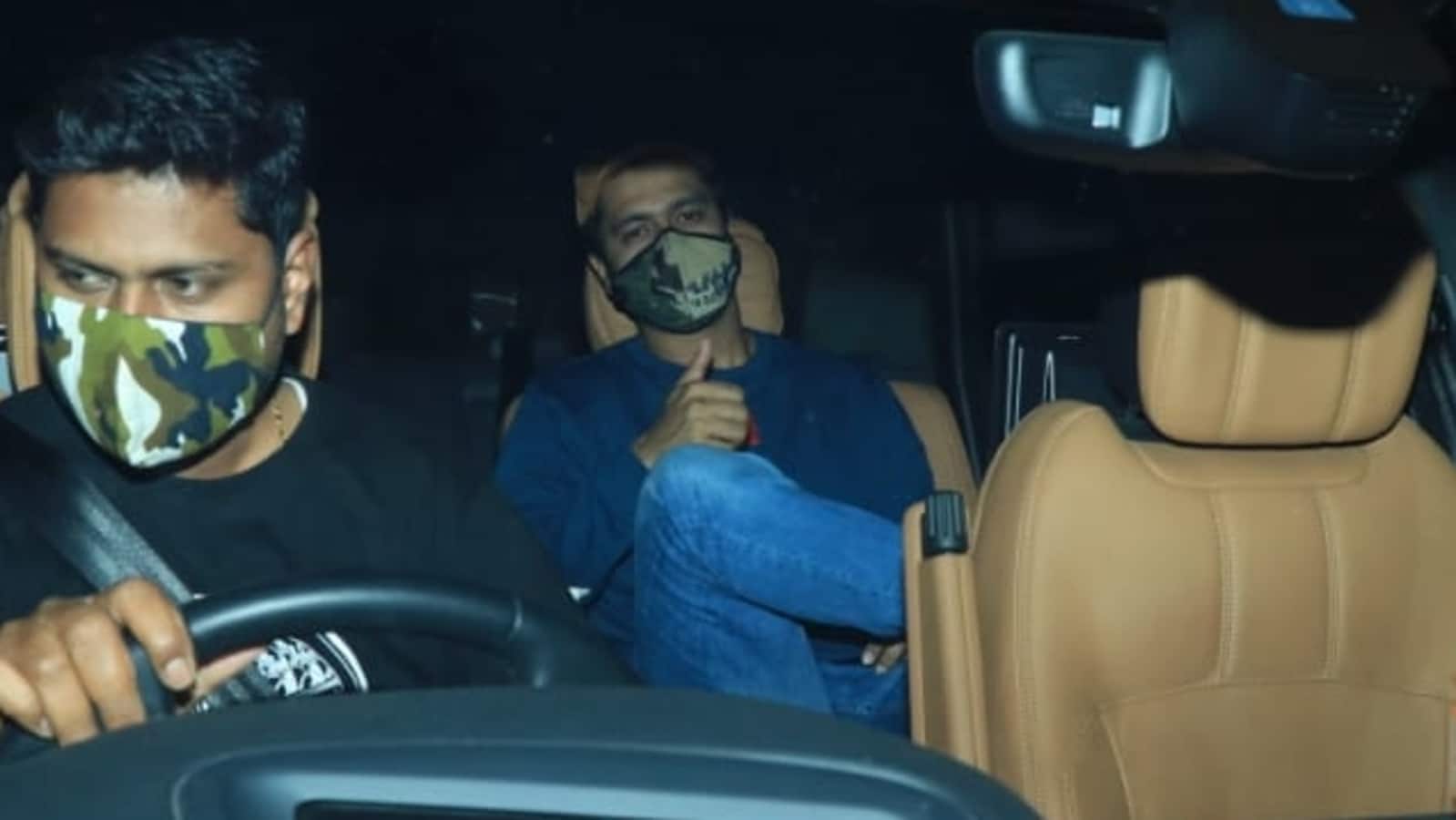 The wedding preparations for Vicky Kaushal and Katrina Kaif's royal wedding are going on in full swing. Stylist Anaita Shroff Adajania visited Katrina at her residence Friday evening, post which, Vicky also paid a visit to the bride-to-be. The actor was seen leaving in his car post midnight.

A paparazzo account shared pictures of Vicky's departure. It had also shared glimpses of how he had greeted the media with a namaste upon his arrival.

Fans of the two reacted to the same in the comments section. Many fans guessed what they were prepping for. A fan made a guess, “Dance prepare kr rhe honge (must be preparing for a dance),” while another said, “After wedding outfit trial.”

A fan, looking disappointed about the cellphone ban at the wedding, reacted, “Me kya karu shadi ke pics to dikhnewale he nai (what should I do, we are not going to get any pics from the wedding).”

Many also asked the paparazzi to give space to the couple and respect their privacy. A fan commented, "Bus kardo ab chain se shadi to hojane do fir bana lo documentary inper (stop it now, let them get married in peace and then you can make a documentary on them)." Another told the paparazzi, “Raat bhar khade rahoge kyaa wahi blankets le lena jagah khali ho ti wahi jameen me let jana (will you keep standing there all night, take some blankets and lie down if you find some space).”

Also read: Katrina Kaif-Vicky Kaushal wedding: Here's all about the venue in Sawai Madhopur and how much costs

Vicky and Katrina will get married at the Six Senses Fort Barwara in Sawai Madhopur, Rajasthan. The wedding festivities will go on from December 7-9 at the 14th century property, turned into a hotel. The officials are already making security arrangements in the city.