Saints surge past Eagles to close out season with a bang

St Kilda FC
Share on FacebookShare Share on TwitterTweet
St Kilda has steamrolled West Coast by 56 points in Perth, with Georgia Patrikios and Tyanna Smith starring in the final AFLW clash of the regular season. 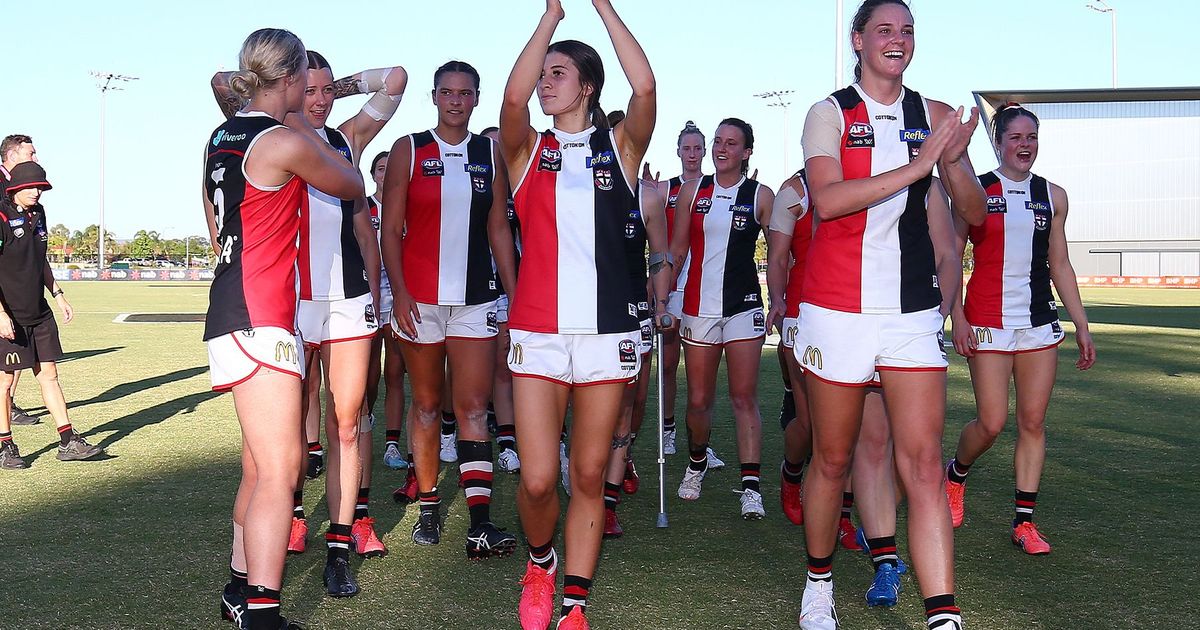 St Kilda has steamrolled West Coast by 56 points in Perth, with Georgia Patrikios and Tyanna Smith starring in the final AFLW clash of the regular season.

Smith, with a bandage around her face, slotted a settling third-quarter goal and tallied 24 possessions.

SAINTS MATCH CENTRE: View all news, stats and videos from Round 9

Jessica Matin and Caitlin 'G-Train' Greiser, named at full forward in last year's All-Australian team, kicked a combined five goals for the Saints to help them triumph 11.10 (76) to 3.2 (20).

Both teams were out of the finals equation entering the final round, with Sunday's win meaning the Saints leapfrogged the Eagles into 11th spot on the ladder.

"The last few weeks we haven't performed how we wanted to.

We're still developing, still a young group ... it's really exciting when we play the way we want to.

Jacqui Vogt's head knock in the final stages of the final quarter was one of few negatives for the visitors.

The Eagles' injury-cursed campaign continued when stand-in skipper Parris Laurie suffered an injury just before the match started, but the club wasn't able to replace her.

West Coast boasted a four-point lead at quarter-time, but the Saints seized control of the contest with four goals to zip in the second term as they eased to a 24-point lead early in the third term.

Grace Kelly's second goal threatened to spark a third-quarter comeback, only for Smith to regain momentum for St Kilda in stirring fashion.

Smith, a former basketballer, tapped a loose ball to herself then brushed off a would-be tackler before steadying to kick a remarkable goal.

Three quick goals from St Kilda early in the final quarter then put the result beyond doubt.