Newshub
Share on FacebookShare Share on TwitterTweet
The Israeli striker scored against his former side for Western Sydney Wanderers at Wollongong. 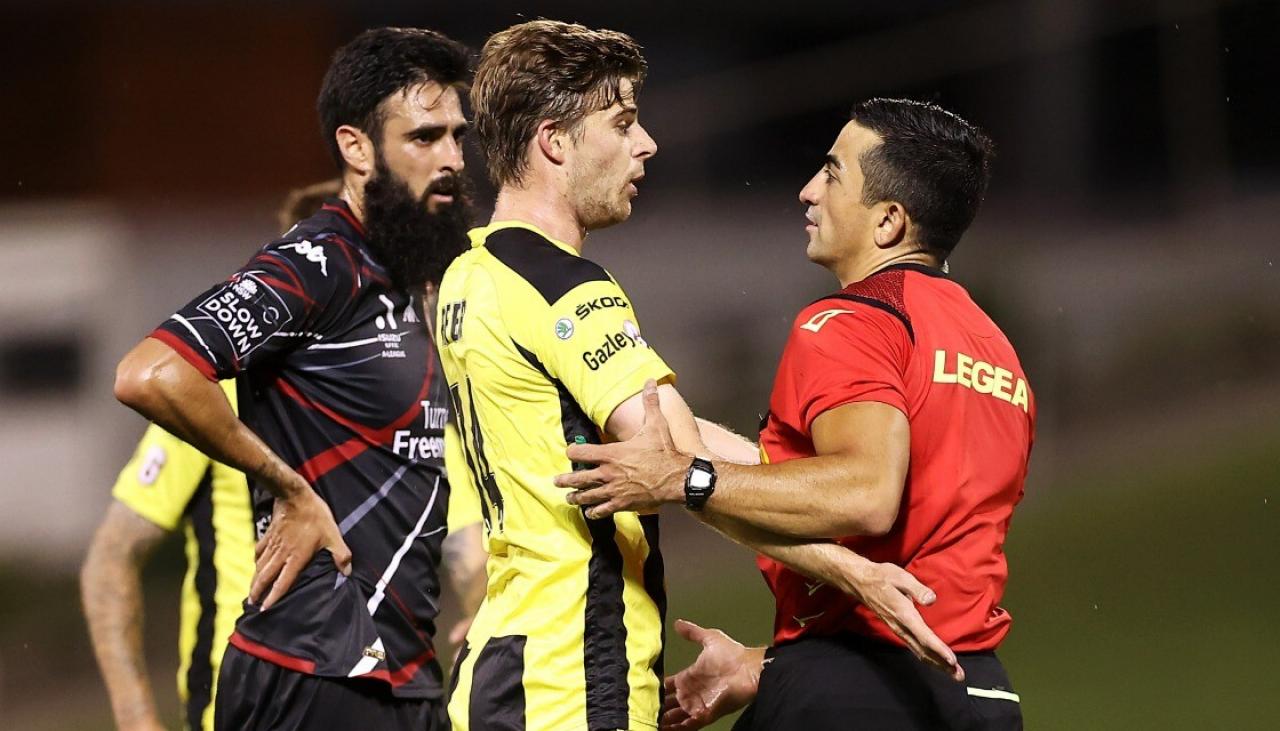 Striker Tomer Hemed has scored a controversial opening goal against his former side, as Wellington Phoenix men suffered a 2-0 defeat to Western Sydney Wanderers at Wollongong.

Playing against the club he left at the end of last season, the Israeli striker helped end a 13-match unbeaten run that stretched from the end of the 2020/21 season into the new campaign.

After a scoreless first half, Hemed bumped Phoenix right-back Callan Elliot from a Wanderers free kick, before steering his header past goalkeeper Oli Sail.

Hemed's challenge saw Elliot collide with Sail, leaving him unchallenged to head the ball home, despite an attempt from left-back James McGarry to clear the ball.

Ultimately, the goal stood and left the Phoenix trailing 1-0 until the dying moments, when defender Johnny Koutroumbis scored, after the Wanderers broke from a Wellington corner and found an empty net, as Sail went upfield for a corner in search of an equaliser.

Phoenix coach Ufuk Talay lamented the decision to award Hemed's goal that changed the entire course of the match.

"In my opinion, a poor decision in refereeing, a foul on Callan Elliot inside the box, led to the goal," Talay says. "It's disappointing, because I thought we were the better team overall for 90 minutes.

Talay warned the Phoenix would consider complaining to the A-League over the officiating.

"That's a decision and a conversation that we need to have with the club and the board.

The defeat leaves the Phoenix temporarily fifth on the A-League ladder, with four points from their opening three matches.

Central Coast Mariners, Western United, Adelaide United, Newcastle Jets, Perth Glory and Sydney FC all have a chance to leapfrog the Phoenix by the end of the weekend, with games to come

The Phoenix men's defeat came as part of a doubleheader that saw the women's side earn a valuable draw in their A-League debut.