Yahoo Finance Australia
Share on FacebookShare Share on TwitterTweet
WeWork announced on Friday it plans to enter public markets through a merger transaction that raises $1.3 billion, valuing the office-sharing firm at a fraction of the sum discussed in its unsuccessful pre-pandemic effort to go public. 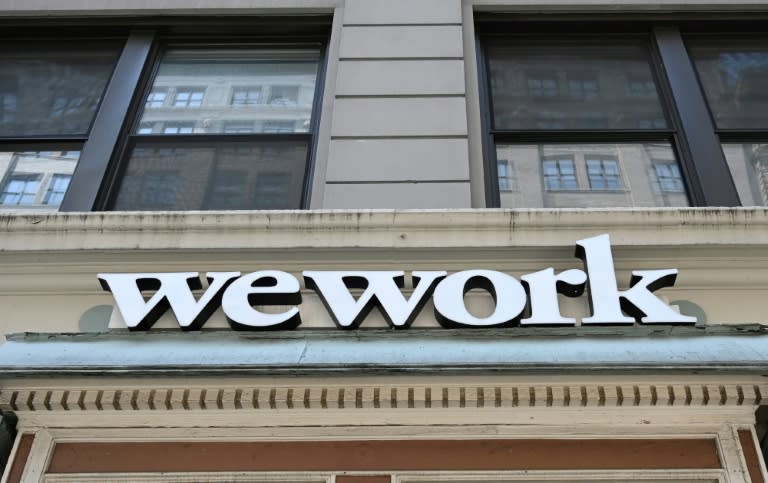 WeWork announced on Friday it plans to enter public markets through a merger transaction that raises $1.3 billion, valuing the office-sharing firm at a fraction of the sum discussed in its unsuccessful pre-pandemic effort to go public.

The move comes two years after the former high-flying office-sharing company went into a spectacular tailspin that led to the canceling of a planned public share offering and a bailout by Japanese investment firm SoftBank.

But with changed leadership, WeWork said its "flexible space" model positions the company for the needs of the post-pandemic working world after exiting underperforming locations and cutting thousands of jobs compared with its earlier incarnation.

WeWork said it aims for the deal to be closed by the third quarter, according to a securities filing.

"SoftBank has always seen the potential in WeWork's core business to disrupt the commercial real estate industry and reimagine the workplace. Today, we take another step towards making that vision a reality," said Marcelo Claure, the SoftBank CEO and executive chairman of WeWork.

"The pandemic has fundamentally changed the way we work, and WeWork is incredibly well positioned to springboard into a future propelled by digital technology and a new appreciation of the value of flexible workspace."

The transaction with BowX Acquisition Corp. is the latest instance in which a prominent company eschews a traditional initial public offering in favor of combining with an entity like BowX that has been specifically established by investors for such a merger.

The move of merging with a so-called "special purpose acquisition company" or SPAC, follows a recent trend that streamlines the process of a public listing.

WeWork was given an enterprise value of $9 billion in the transaction.

Once a dazzling "unicorn" valued at $47 billion, WeWork began to unravel as the firm lost cash and canceled a planned 2019 share offering, with the ex-CEO pushed out -- albeit with a generous package.

The transaction will be funded with BowX's $483 million of cash and $800 million from other investors led by Insight Partners, Starwood Capital Group, Fidelity Management & Research Company, Centaurus Capital and BlackRock.

"The commercial real estate industry has experienced a seismic shift and the future of work is now being redefined in real time," said Barry Sternlicht, chief executive of Starwood Capital Group. "WeWork is the leader in flexible space, with a globally recognized brand."

Friday's transaction marks a partial comeback after an earlier company shakeup as WeWork's aggressive growth and expansion strategy came under scrutiny and former chief executive Adam Neumann was ousted in September 2019 amid allegations of self-dealing and drug and alcohol use.

In February, SoftBank announced a settlement of a suit with Neumann and other investors in the office sharing giant after the Japanese firm backed out of a $3 billion rescue plan.

WeWork's announcement Friday depicted itself as a "transformed" company after cutting headcount by 67 percent from its peak, exiting 106 "underperforming" locations and revamping other leases to save $4 billion in future payments.

The company said only 10 percent of its members have month-to-month commitments.

But WeWork suffered a loss of $3.2 billion in 2020, according to securities filings Friday.