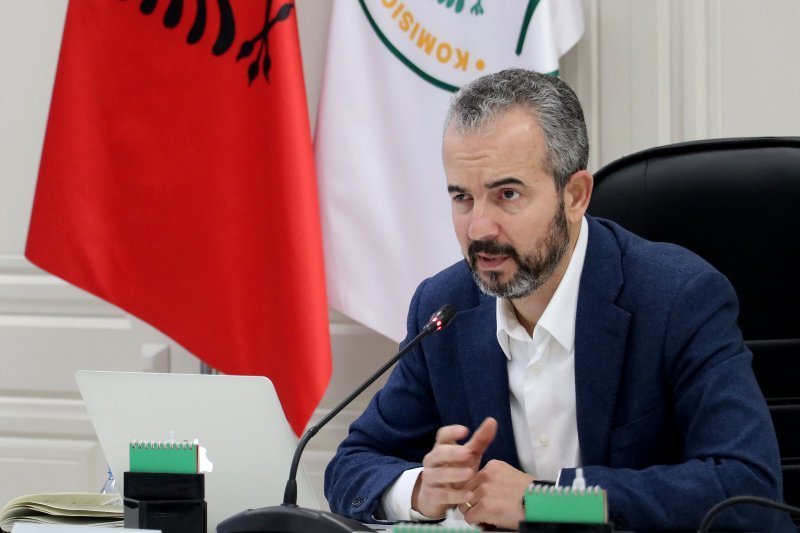 Head of the Central Elections Commission (CEC) Ilirjan Celibashi after the meeting, where 72 counters were reported to have committed violations on April 25, said Friday that these figures are almost negligible.

In a statement to the media, Celibashi said that there were expectations for a higher number of violations, noting that 20 cases were identified in 2 polling stations of multiple voting, which may have happened carelessly.

Regarding the fine for violators, Celibashi said that it will be of monetary but also disciplinary character. He closed his speech by saying he hoped the process would end in innocence.

"Because of the law, as long as the opposite has not been proven, the prosecution bodies have the mechanisms to investigate it.

There are 20 cases which we have identified as multiple voting, fingerprints are for 20 cases while they are doubled in 2 polling stations. I wish it was not intentional because we do not want to take people to jail absolutely.

The fact that your fingerprint is located in two different polling stations this cannot be a carelessness, we are aware that operators have placed their finger on the device several times, or cases where there were elderly and could not read the sign of finger.

These are a few cases and that was what I meant, in terms of violations in the process of electronic identification in my estimation are in quite a small number but at least personally I expected a larger number. But the number of violations in the voting process can also be considered negligible.

The shares are monetary but also disciplinary, they are administrative violations and the differences are very small in the results but they had to be traded carefully and there is no reason, even for technical reasons, to have these small figures.

I do not want to play the role of showing the work to the prosecution body, if they want other materials that we have not normally considered valid that we will make available to them.

In the case of violations in the counting process are the tables, minutes and reports as well as videos during the process and those related to the voting because there were cameras in each polling station. I would like this process to be finalized with innocence", said Celibashi.